Hello parkrunners! November 6th was a great day for parkrun USA, with autumn settling in around the country we were treated to crisp temperatures and bright sunny days – what more could we ask for? Around the country we had 43 events with a total of 1,413 parkrunners! 408 spectacular helpers volunteered and we welcomed 233 first timers. Let’s take a look at the pictures. 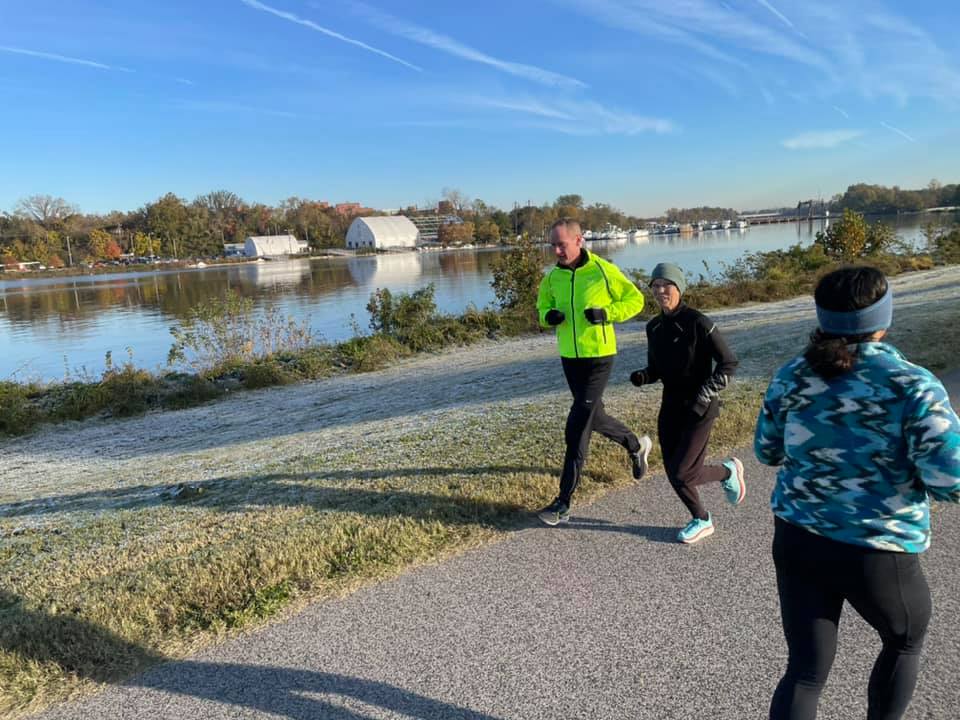 It was a frosty day along the Anacostia river at Anacostia parkrun last weekend, as they had 16 parkrunners enjoy a beautiful morning. 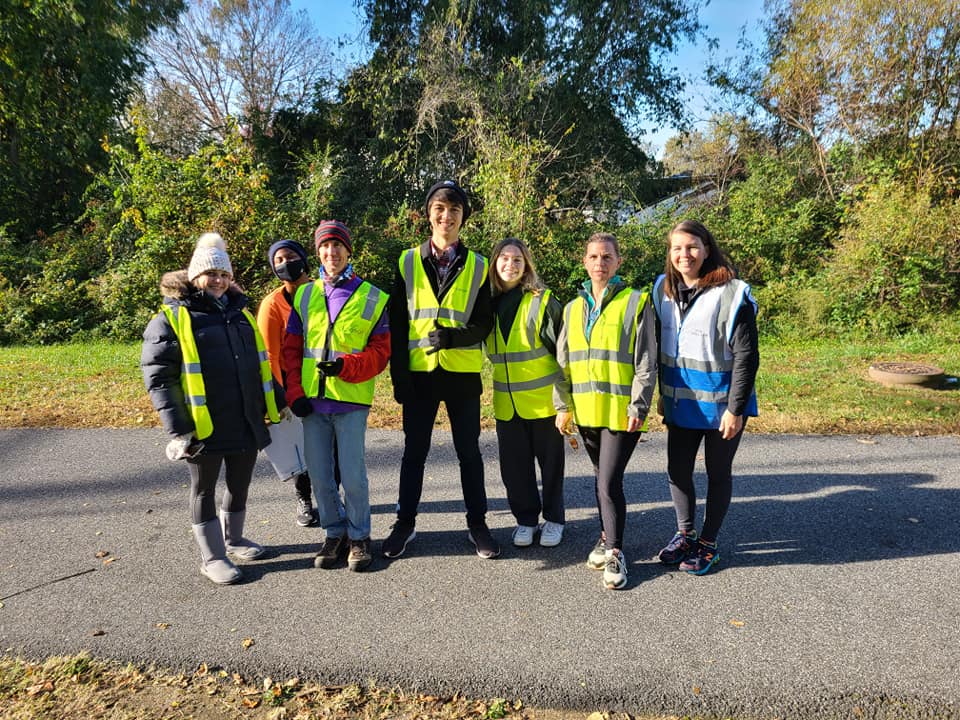 Baltimore and Annapolis Trail parkrun had seven volunteers on a chilly Saturday – and celebrated a new female course record! 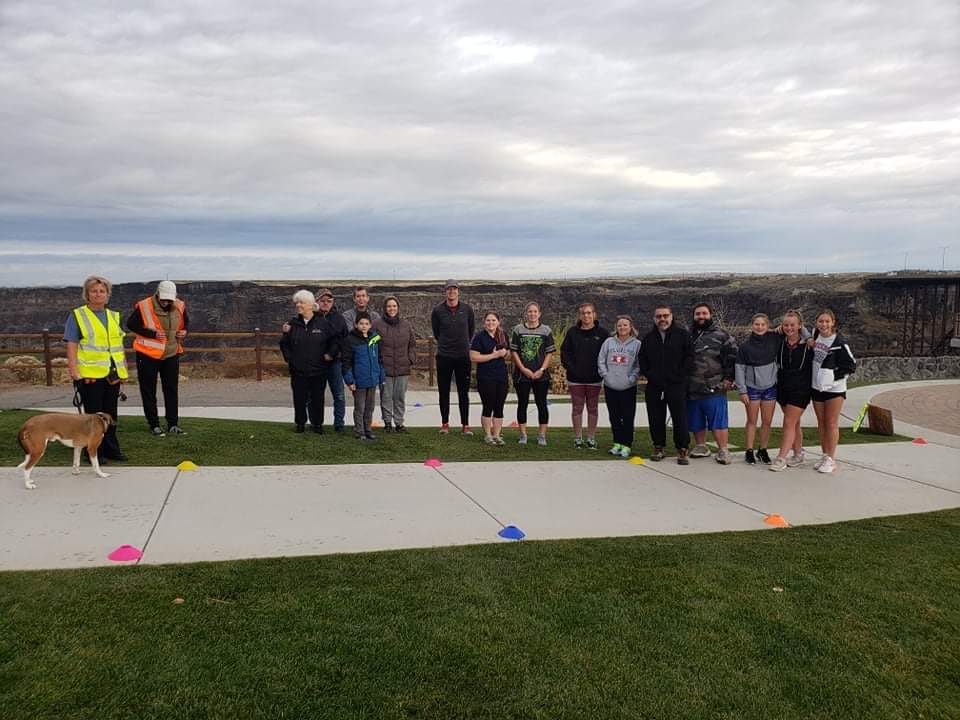 Canyon Rim Trail parkrun had 23 parkrunners enjoying their canyon view. It’s the lone parkrun in Idaho, just two hours outside of Boise. They had been set to start pre-pandemic with amazing “unofficial” parkrun status and kept going strong through our Covid pause before finally joining our ranks in May. 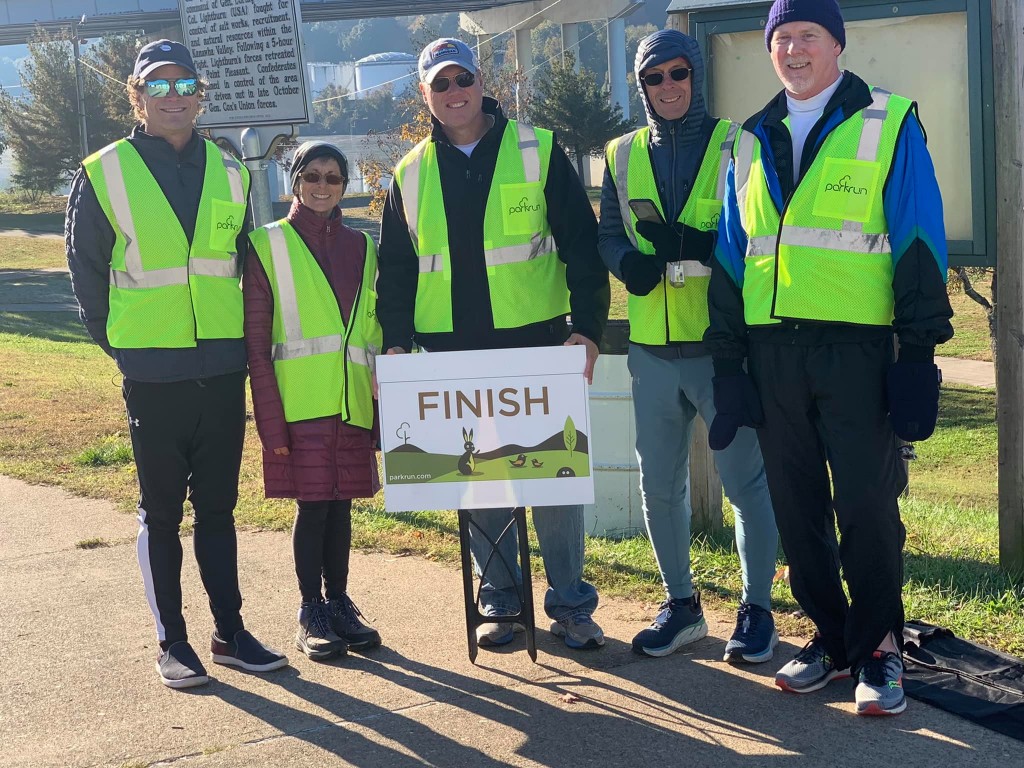 We had 408 volunteers around the country last week, including these five amazing people at Charleston WV parkrun. If you haven’t volunteered at parkrun yet, why not give it a try this weekend? There are plenty of fun ways to get involved and we promise there’s something for you… Give it a go and let us know how it goes! You can find your nearest event here. 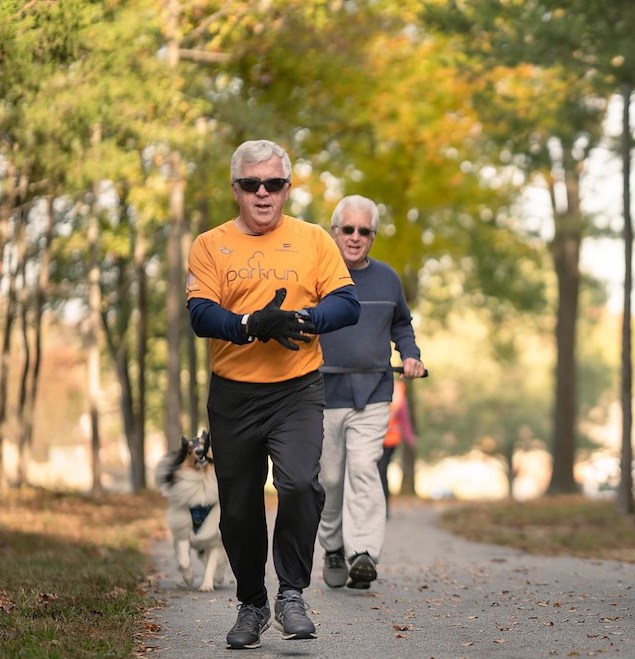 The fall colors at Creekside parkrun were top notch this weekend… And not one but two apricot shirts were spotted! 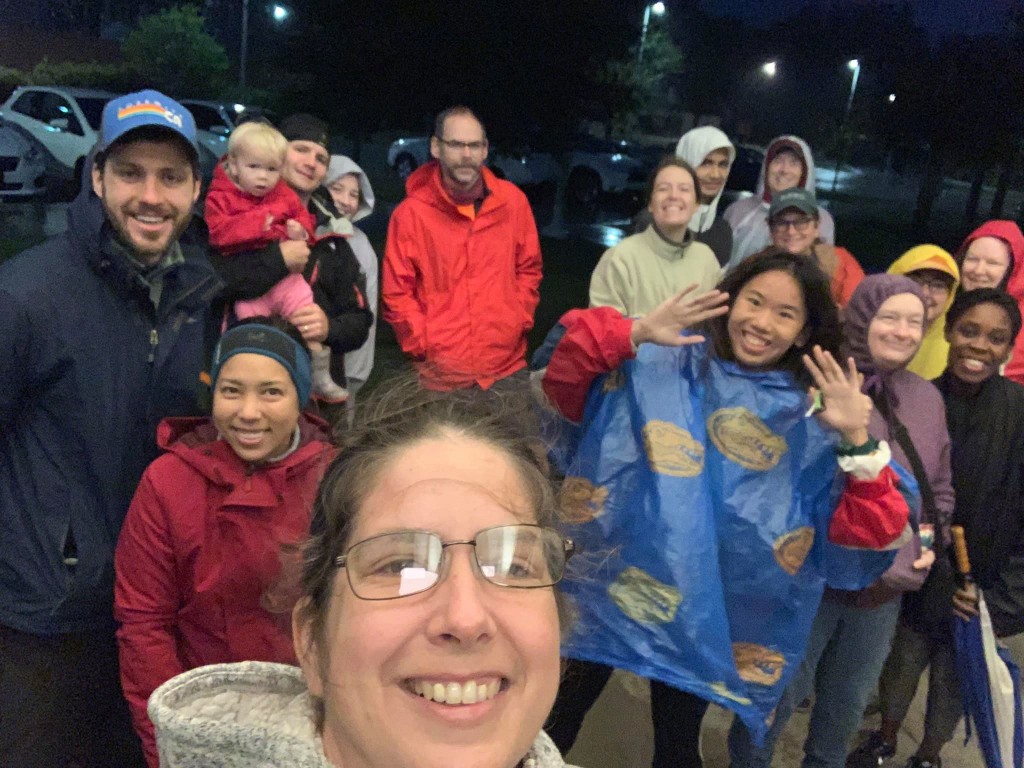 It was quite the rainy day at Depot Park parkrun in Gainesville, FL – they’ve been averaging about 50 finishers a week since we restarted and this past weekend 15 parkrunners joined the fun, including some strong course marshals who didn’t mind a little bit of rain and wind. Well done! 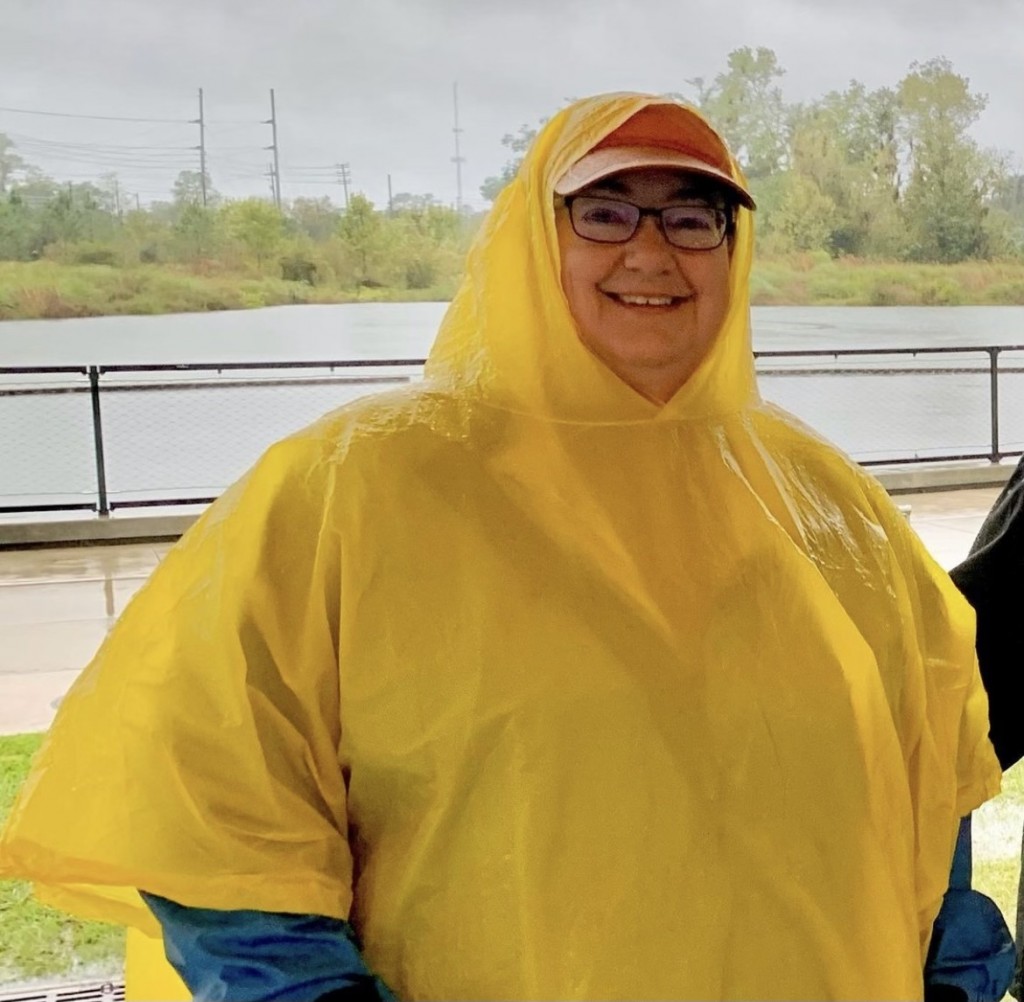 Our favorite volunteer story from the week: despite the weather mentioned above, Depot Park volunteer Rebecca still came out to earn her v25 milestone shirt! We can’t wait to see how great you look in purple! 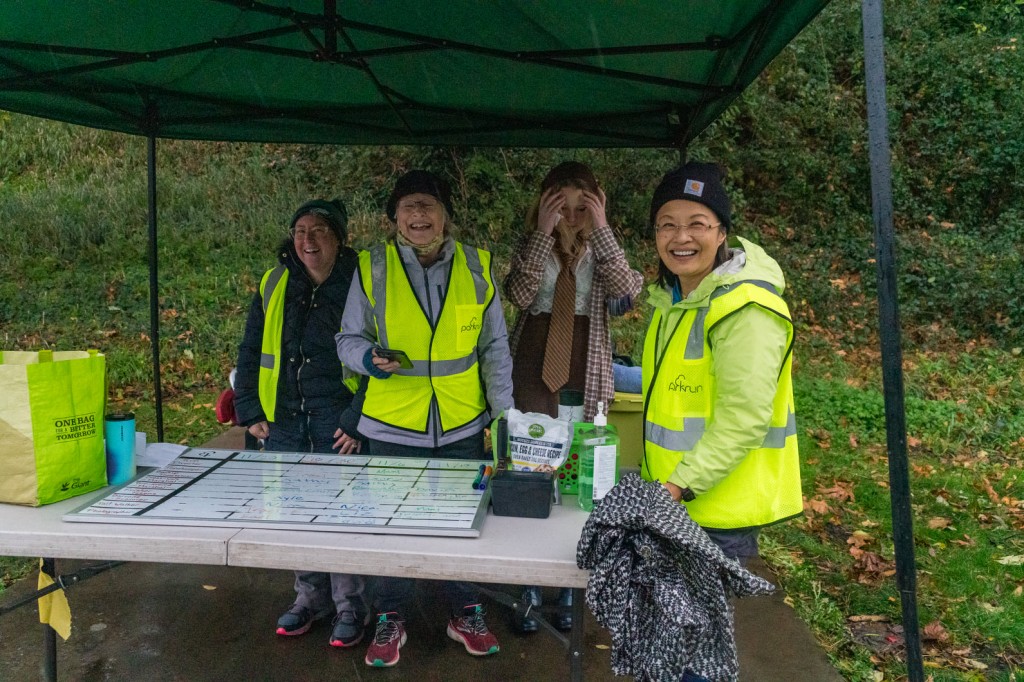 It was a rainy one in Seattle too, but Des Moines Creek parkrun had 54 parkrunners, including 11 volunteers! Luckily the finish funnel’s volunteers had a tent to help them stay dry. 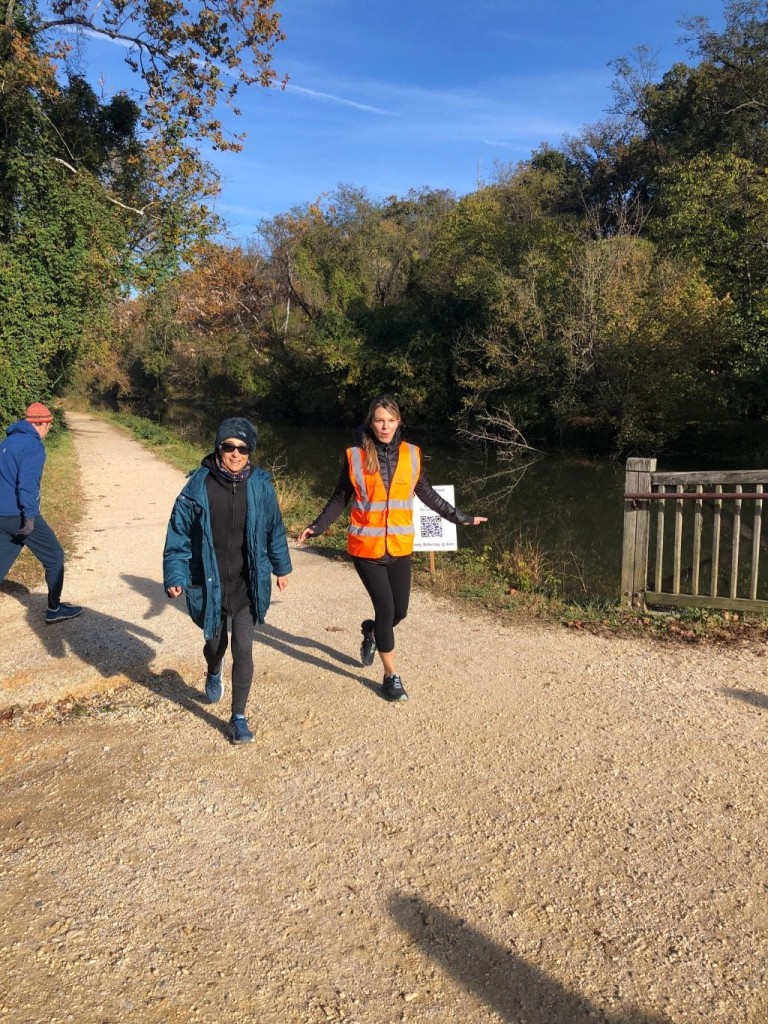 Fletcher’s Cove parkrun had a bit of a smaller crowd than last week (re: 244 smaller) but it was sunny so nobody was complaining! 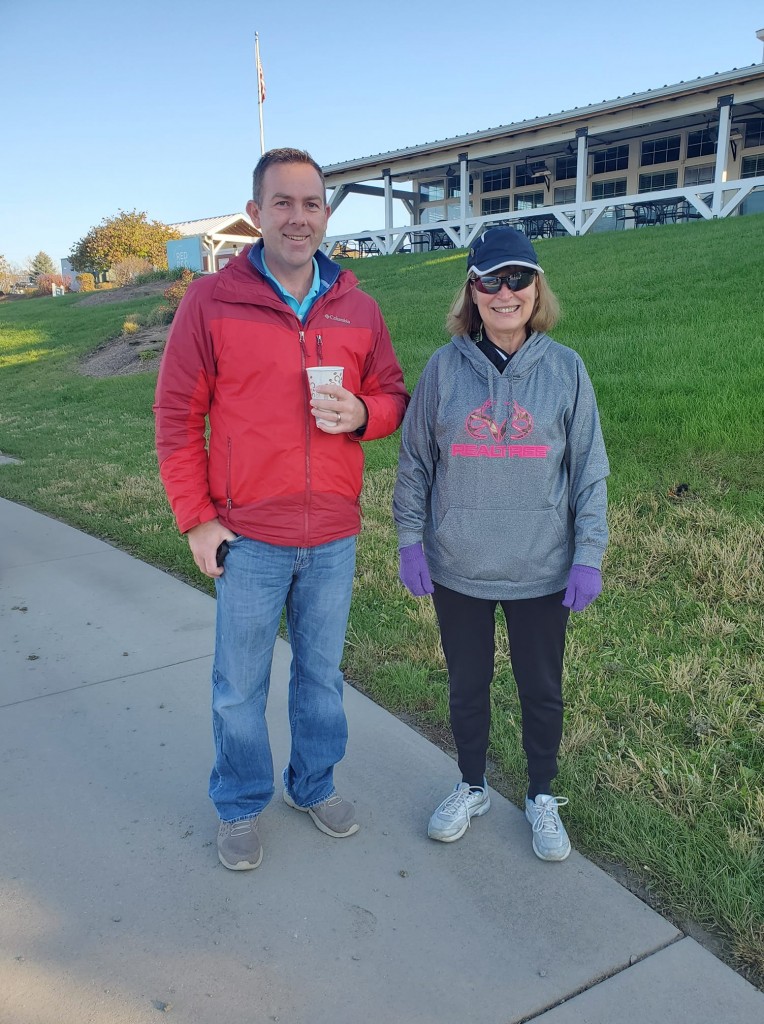 It was great weather at Heritage Harbor parkrun as well – with everyone enjoying the morning, including Run Director Pierre and Tailwalker Joann! 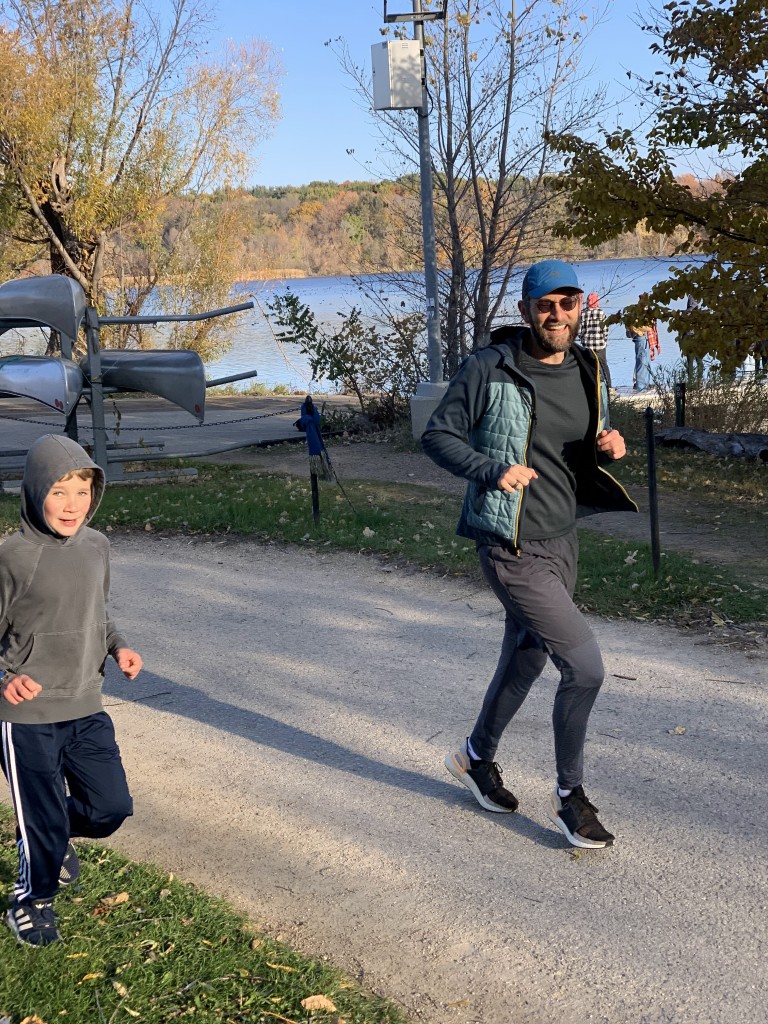 Howard Temin Lakeshore Path parkrun had 14 parkrunners at their 41st event! Their course is a beautiful out-and-back along the lake, immersed in a campus with views of student housing and dorms, so the lack of a home football game this weekend made things a little quieter. 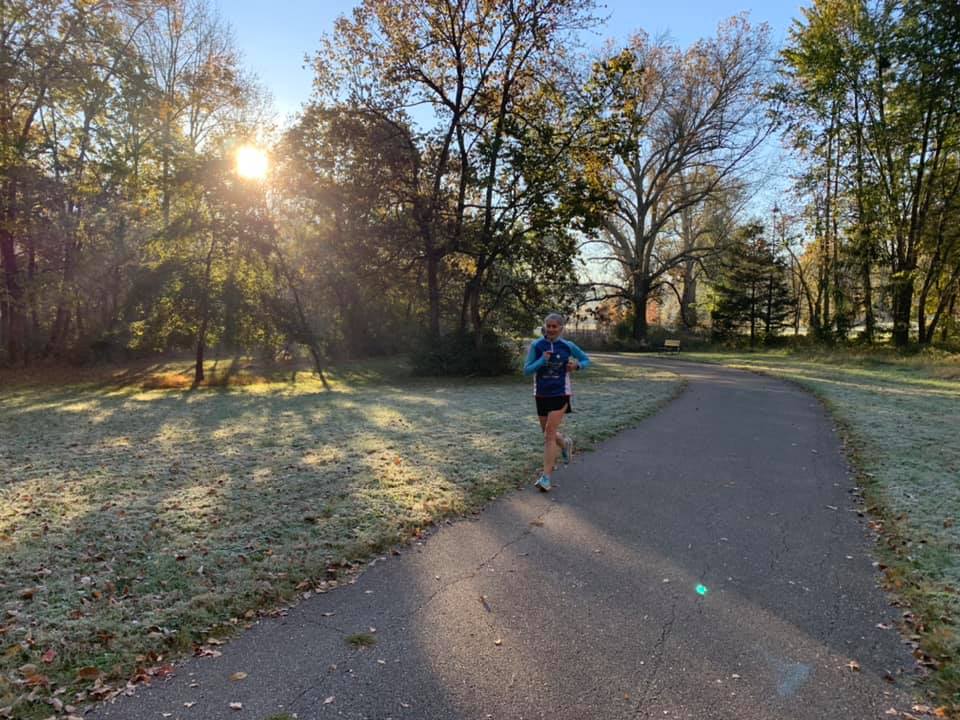 It’s still pretty green down in Kentucky and so is Joe Creason parkrun, but they did have a thin layer of frost on Saturday morning! Seems like some pretty perfect parkrun weather if you ask us… sunny and crisp? Yes please! 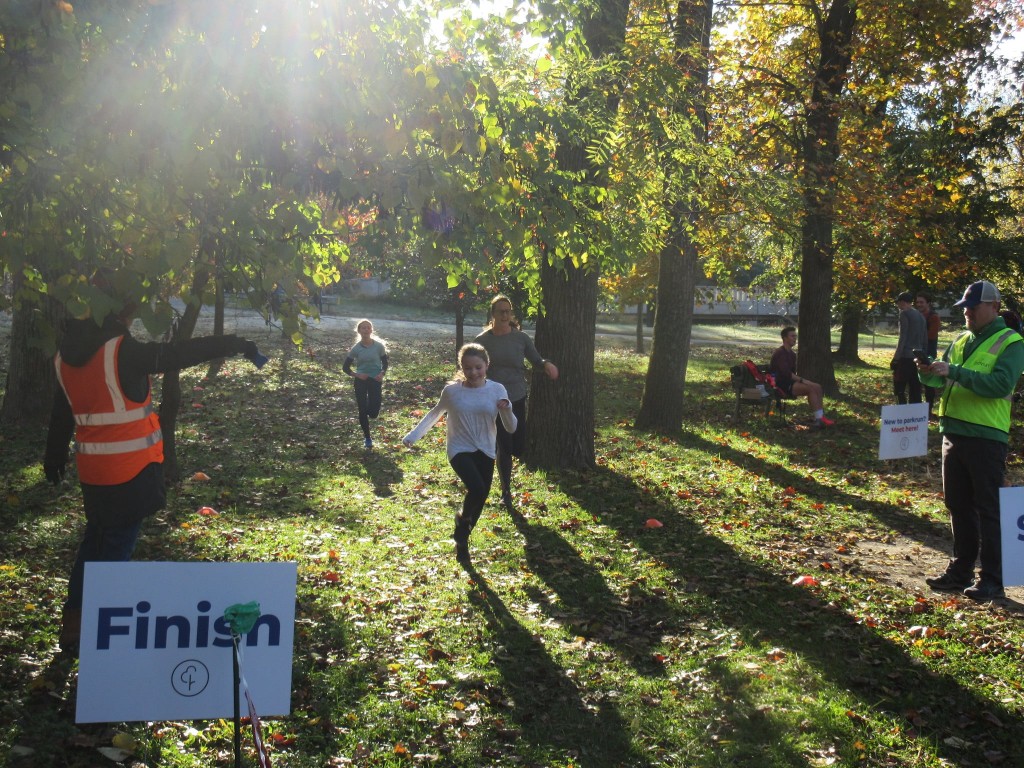 The Kensington parkrun finish line looked quite magical with the sun coming through the trees and the volunteers in hi-vis vests – we love to see it! 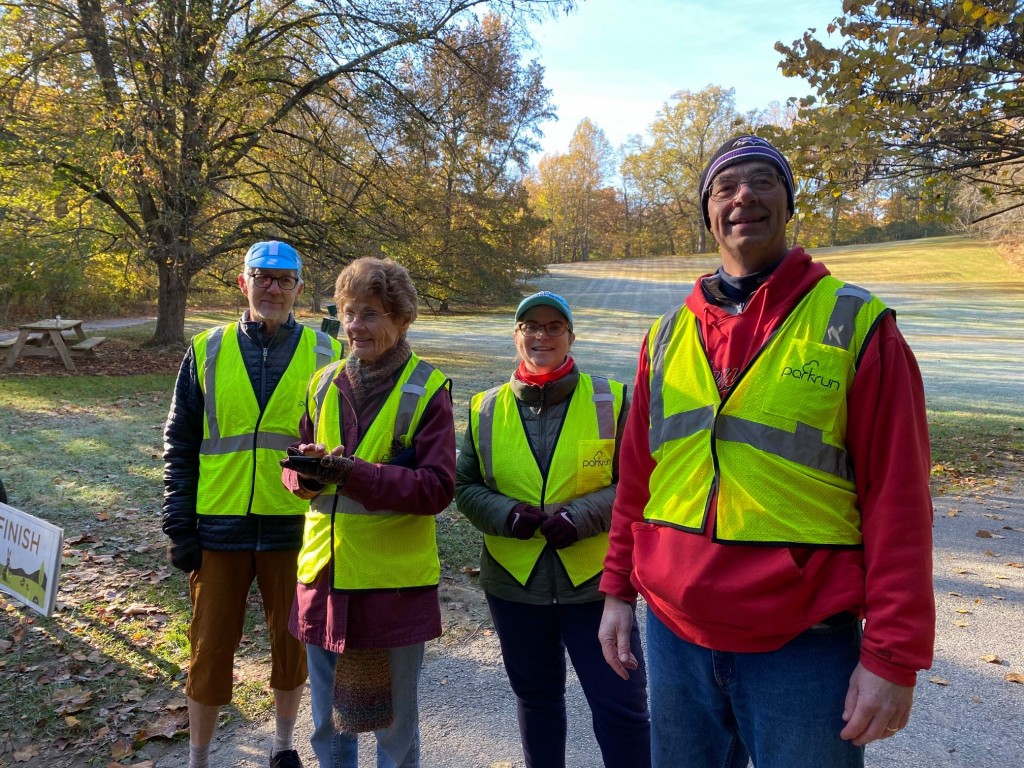 Leakin Park parkrun was also green with a hint of frost, which didn’t stop their volunteers from putting on a great parkrun! Have you caught onto the theme of today yet? We’re all about the volunteers! 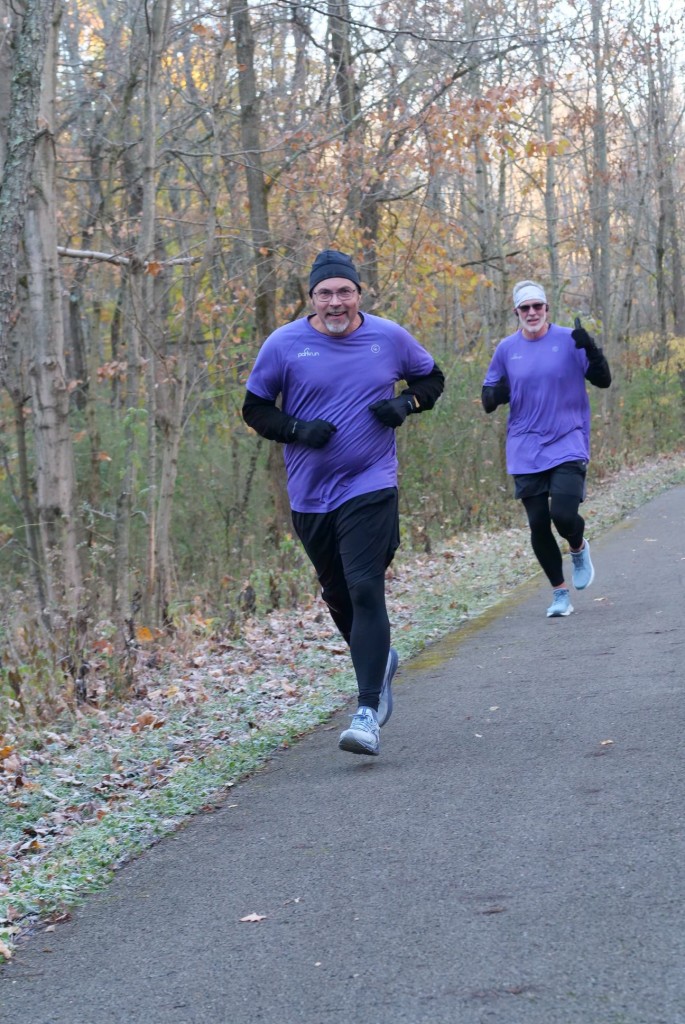 Sticking with the “we love our volunteers” theme, we spotted not one, but two 25 milestone shirts at Mansfield OH parkrun! Purple does encapsulate more than just volunteers milestones now, which means we’ll be seeing even more milestone shirts out on our courses and we cannot wait. 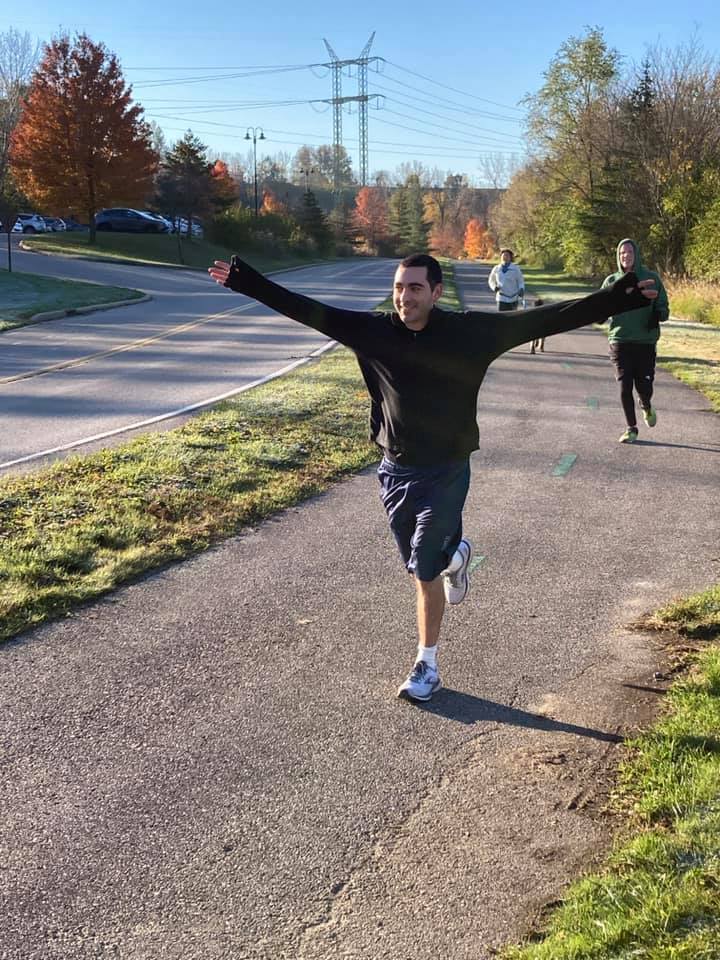 Ohio and Erie Canal Reservation parkrun may end at the top of a hill, but in their photo album from the week everyone is smiling! We’re convinced it’s obviously the magic of parkrun putting the grins on their faces… 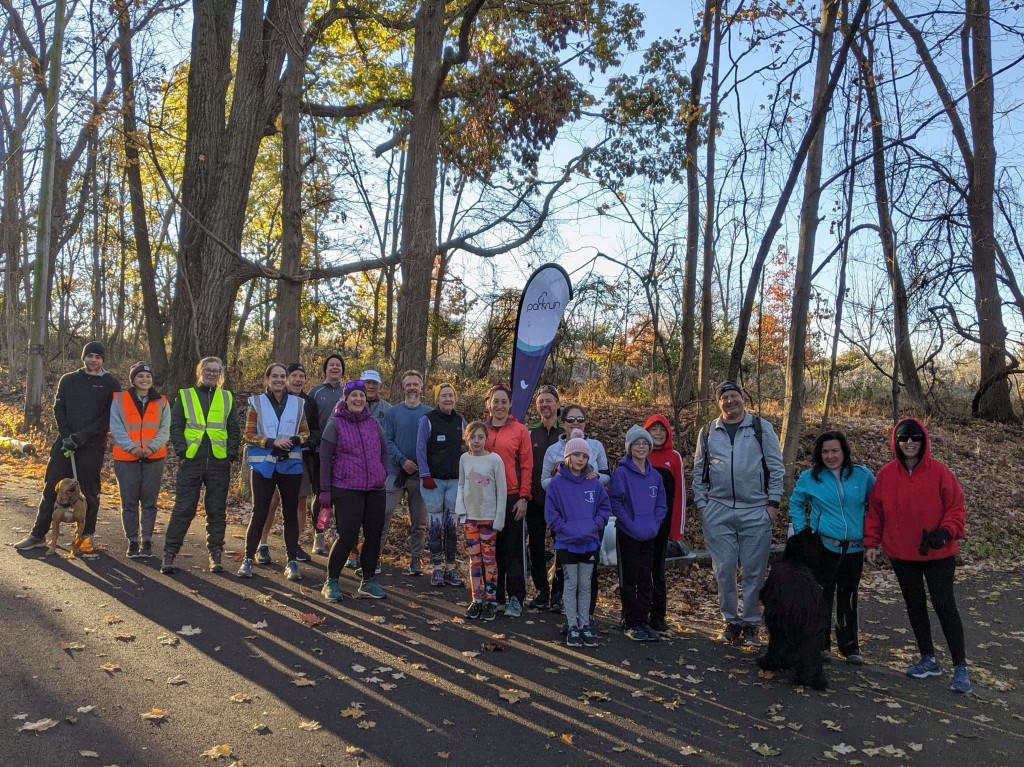 Peace Valley parkrun was another one of our events that was set to start back in 2020 but got delayed due to the pause in parkrun. However, they have been steadily growing since officially starting in July!

It’s a good thing we appreciated the Perrigo parkrun red barn last week, as they officially moved to their winter start line! Although we do see a tank top in that start photo so we’re unsure about this whole “winter” declaration yet…

Rec Plex North parkrun was lucky to escape the weather that fellow Florida parkrun Depot Park experienced – with 87 parkrunners, including 21 volunteers, joining for the day! Their trail is impeccable due to the hard work of volunteers during the week who always work on keeping the trail clean. 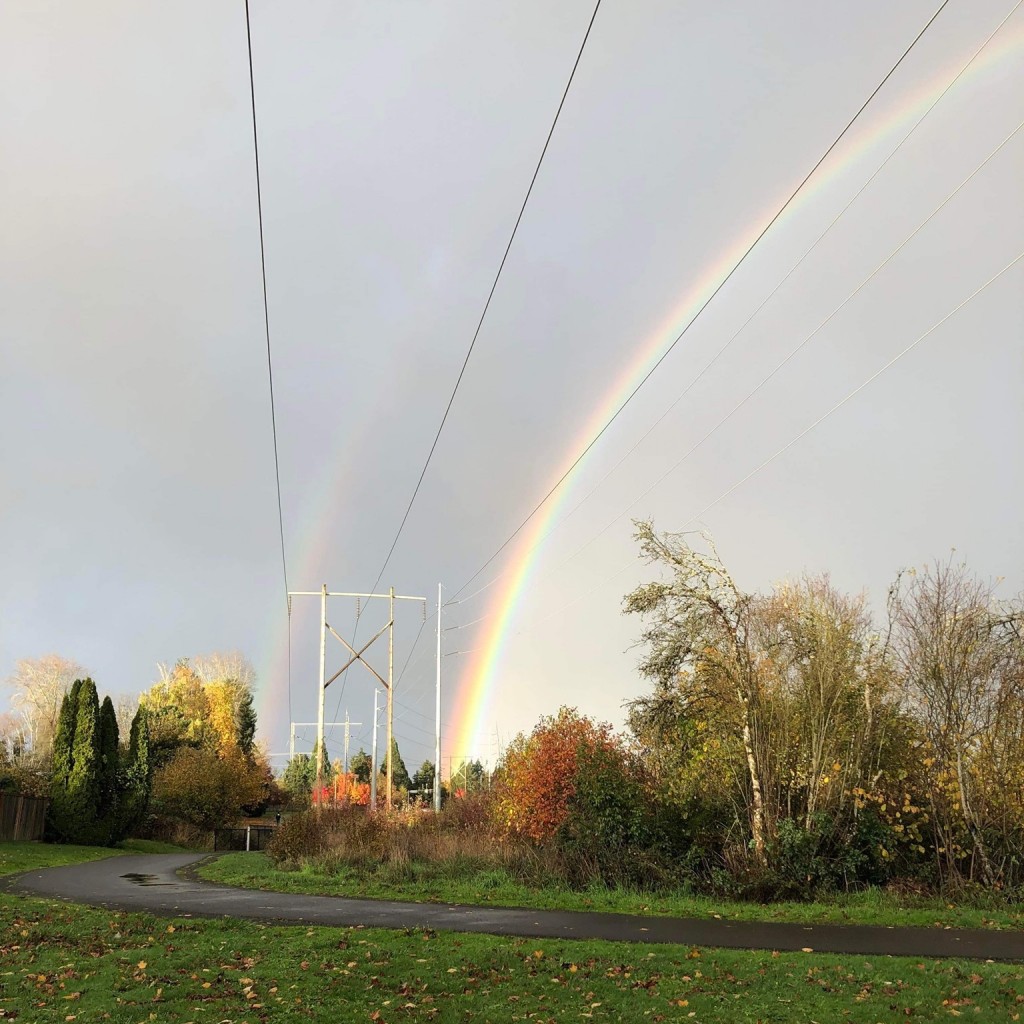 We know parkrun is exactly that – special, and it probably has been described as a pot of gold at some point in the pas, but to literally have Rock Creek Trail parkrun at the end of a double rainbow this weekend? That’s pretty cool! 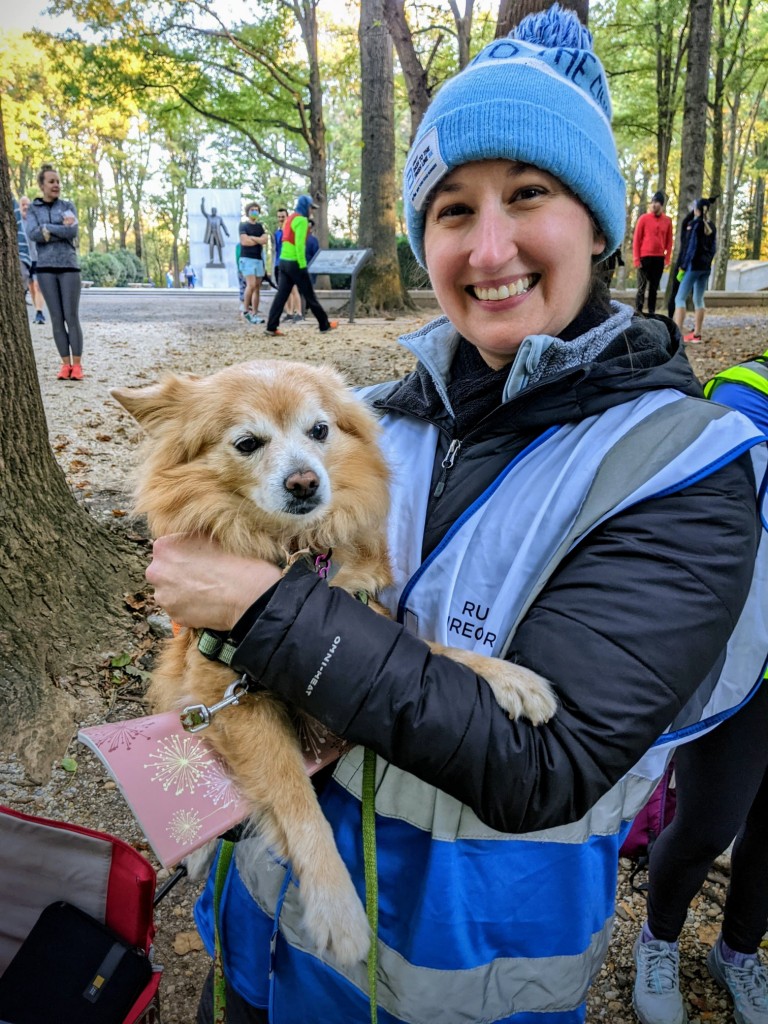 It was barkrunner day at Roosevelt Island parkrun, as mentioned above, and they welcomed 14 barkrunning pals this Saturday! Foxy was their Bark Director (supervised by human Eden of course) and we heard that it was quite a fun event for everyone involved; canine, human, you name it! 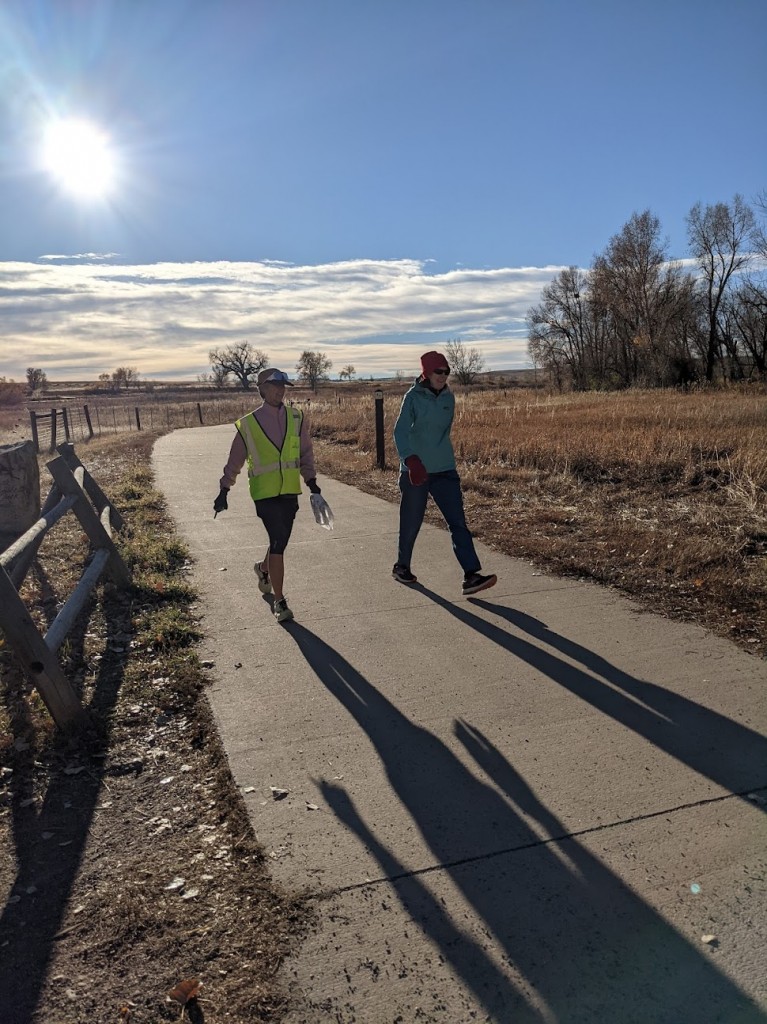 A beautiful day for a stroll at South Boulder Creek parkrun! The sun was shining, the fall colors were… coloring – it was perfect parkrun weather! 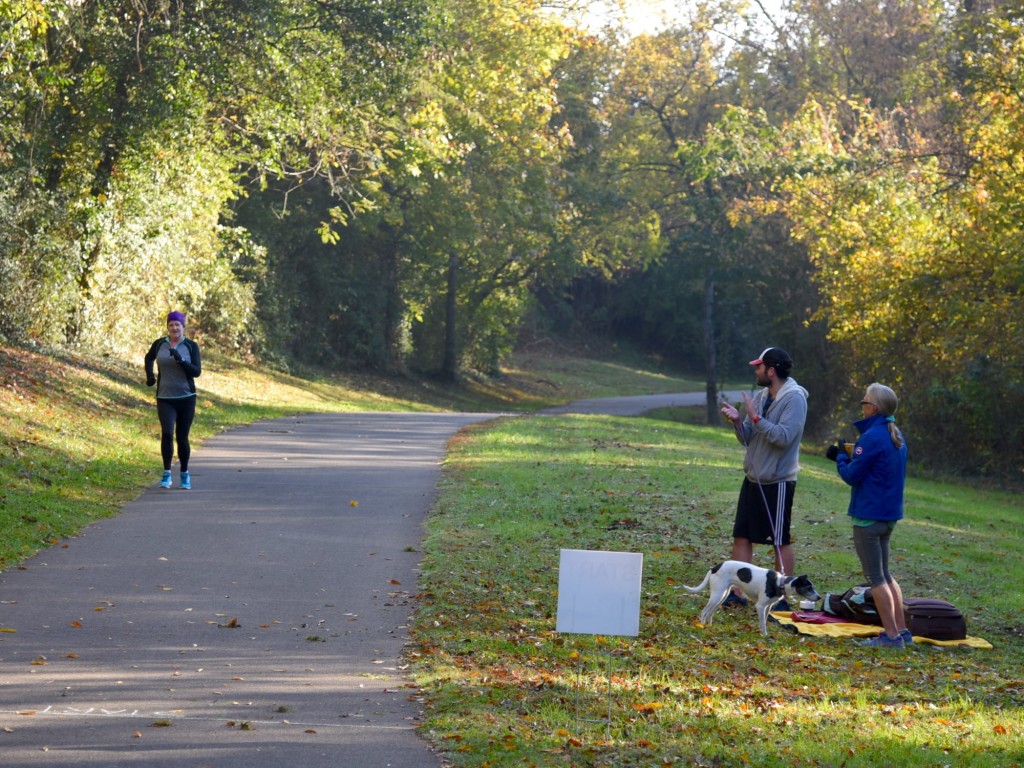 It was prime parkrun weather at Third Creek Greenway parkrun too this weekend – sunny and crisp! (Also let it be known that we will call any weather “perfect parkrun weather” because parkrun makes everything perfect!) 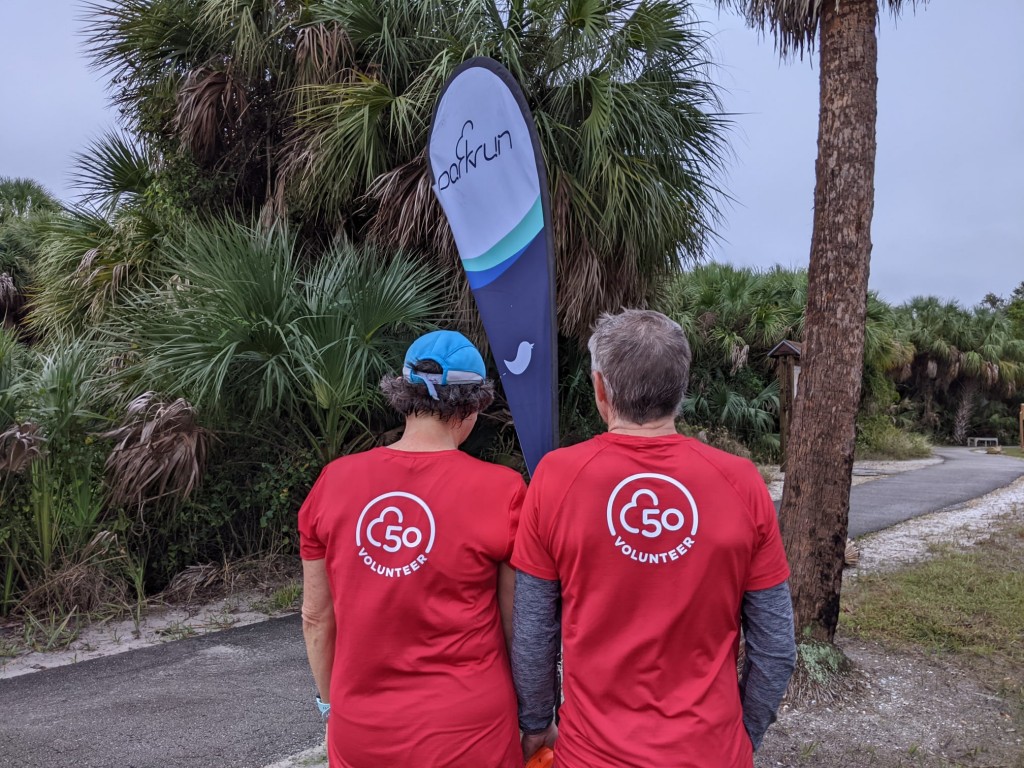 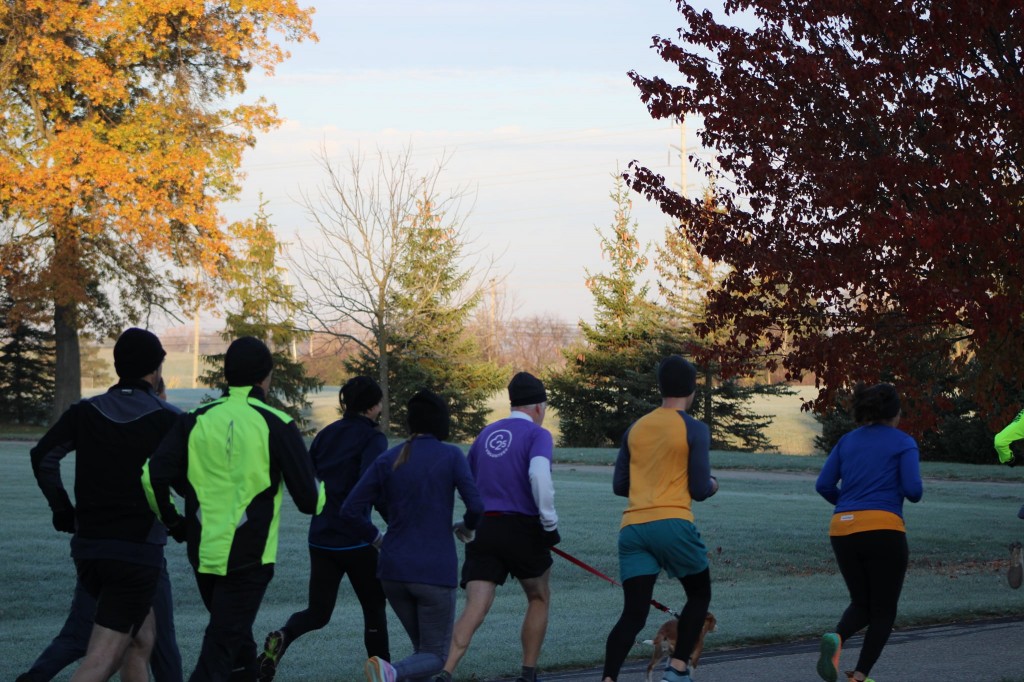 That’s it from us for the week! Let’s do the same thing next Saturday, yeah? See you next time!