I have just returned from a holiday in Switzerland, where our son, Craig, joined us from America.

On Friday 12 May, I said, “Oh, I would be doing a parkrun tomorrow morning if I was at home!” and proceeded to tell my son and his girlfriend Cissy all about it.  So he googled it and discovered that there are no parkruns in Switzerland, but there was one just over the border in France.

He encouraged me to “Go for it Mom!” and so the next morning we drove 1 1/2hrs and found the venue at Lake Divonne, near Geneva. Craig and Cissy quickly registered. Imagine our surprise when we discovered that it was their  inaugural run. There were only 45 runners and we set off around the lake.

After about 20 metres I realised  that I was the only walker!  I hoped that some of the slow joggers would fade and I wouldn’t be too far behind, but no such luck.  They had a tail-runner who accompanied me all the way, and I bust my gut to walk as fast as I could, and even ran in patches. Most of the runners waited at the finish line for me to come home, and cheered me in, much to my embarrassment.

It transpired that my son Craig came in first in 17:58 and I came stone last with my personal best time of 43:13!  We just laughed and laughed, and so did the others when they realised we were mother and son, and from South Africa.  It was actually really fantastic, The Robinson duo sandwiched the field!

Thank you parkrun for a fun family memory. Craig has discovered that there is a run near him in San Francisco and intends to participate in future. 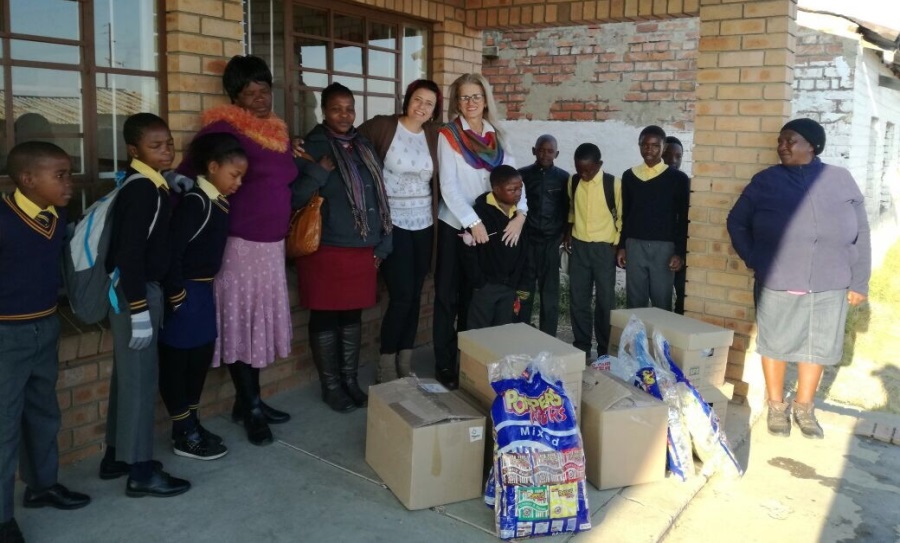 Secunda parkrun was contacted by one of our regular runners, Jeane Grobler, asking if we could get involved in collecting shoes & clothes for one of our local schools; Van Staden Dam School in Charl Cilliers who have 170 learners, of which more than half are orphans. We all agreed that this was a great project to be involved with & this was announced at all our parkruns & advertised on our facebook page.

Secunda parkrunners opened their hearts & within just 3 months we collected 5 boxes of clothes & shoes, which we took to the school in June. We were greeted by smiling faces & lots of appreciation from all and the children thanked us with a beautiful song about faith & love to one another.

Understanding parkrun and its impact

We are proud to support research that helps us understand what makes parkrun so special, as well as advancing scientific knowledge into a range of topics related to health and wellbeing.   Academics around the world have been busy undertaking such research, with approval from the parkrun Research Board at Sheffield Hallam University.  The last…

My parkrun journey began way back in March 2013, about 3 years after I had a life-threatening clot that necessitated emergency surgery and removal of 1 metre of my small bowel. Post-surgery I wasn’t able to run my second Comrades Ultramarathon (just 7 weeks later) and I must admit I went into quite a depression….