Congratulations to Abraar Dustay and Aneesa Karriem on their engagement! It was a special morning at Greenpoint parkrun as parkrun regulars, Abraar and Aneesa, made their way toward the parkrun finish. At the finish, a beautiful marriage proposal was set up on the pathway and many parkrunners stayed to witness Abraar ask Aneesa the big question – she said yes! We wish Abraar and Aneesa all the best for the future.” 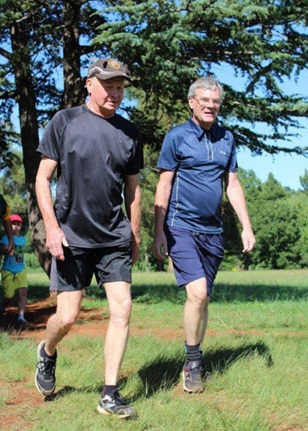 I have lost a very dear friend, Mike Erasmus. We walked Roodepoort parkrun nearly every Saturday. The walk would go so quickly as we would chat about everything and anything, especially music from our era and rugby, especially his beloved Lions.

Mike was the sort of person who would help anyone whatever the problem, and not feel he was going out of his way, it was natural to him. He worked in soup kitchens, took elderly people to hospital to collect their medicine very early in the morning so they could queue. Nothing was too much for Mike. He also organised the hikes for the Roodepoort hiking club, which we did regularly together.

I would like to pay a tribute to Mike. One of the finest people I have ever met. The world is so much poorer for his passing. My condolences to his wife, Sandra, and all his family. 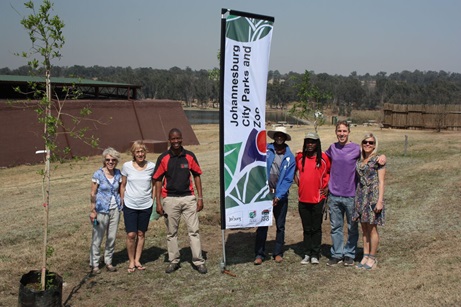 “The best time to plant a tree is 20 years ago, the second best time is now” African Proverb

Two of Bronberrik parkrun’s junior parkrunners were selected to represent Gauteng North at Potchefstroom on 9th September in SA Cross Country Championships. It was a very hot day, with temperatures reaching 34C when they competed. 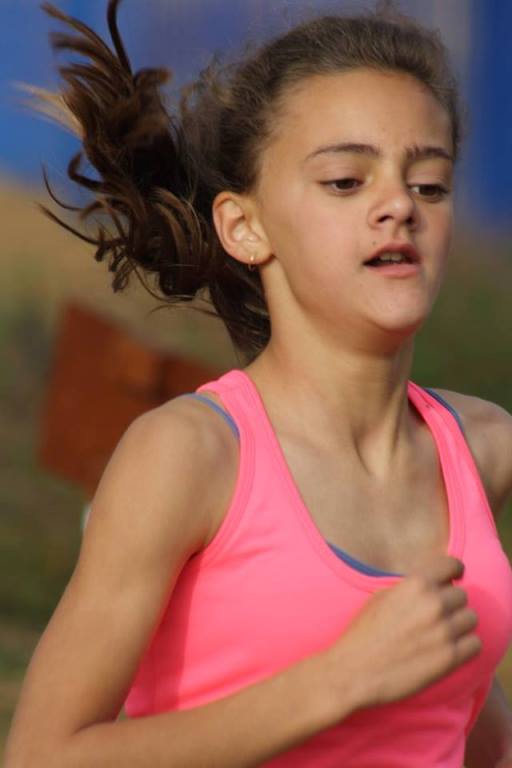 Christene has run 13 parkruns – 10 at Bronberrik, were she is usually 1st or 2nd lady and has volunteered 6 times. She finished 31st in a field of 123 athletes. 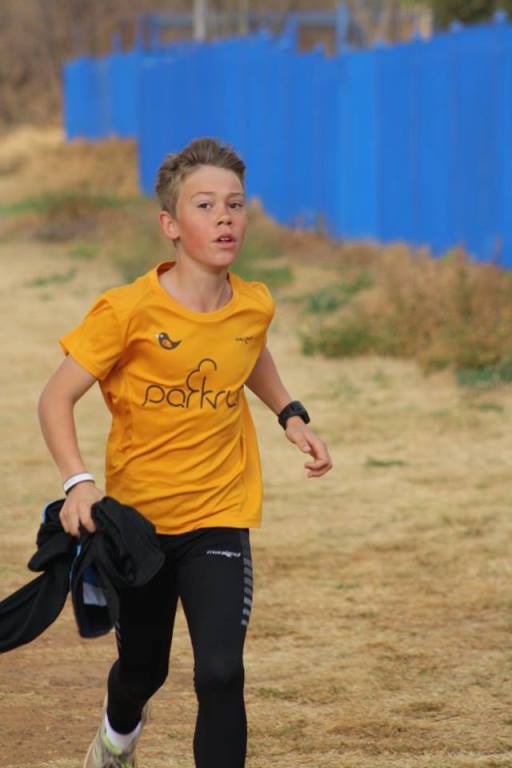 Anton is generally in the top 10 and has run 18 parkruns – 12 at Bronberrik. He has volunteered 10 times and finished the SA Cross Country Championships in 35th place out of 135 athletes. 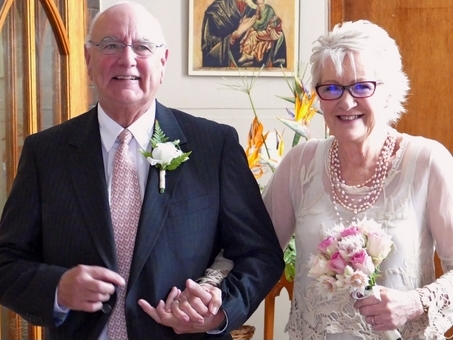 Just over 9 months ago, Dave Briggs and Cheryl Fossati met whilst on an early morning training run in preparation for improving on their parkrun PBs.

Although their love of running goes way back to the early 1990s when they took part in the famous London Marathon, they never actually met until November last year.  And so, encouraged by their running friends and their rather bemused children and grandchildren, they started a whirlwind romance that took them for exciting runs from the desert island beaches in Madagascar to competing in this year’s Knysna Half Marathon.  It was on the way back from Knysna, in a little countryside hotel in Patensie, that Dave found a genuine-imitation engagement ring and popped the question to Cheryl, who immediately answered “yes” and set the wedding date for the first day of Spring.

Touching base over most weekends in between all this activity at one of East London’s parkruns was an important facet of the friendship.

A couple of weeks ago Cheryl’s over-boisterous Ridgeback bumped into her during a beach walk, causing a serious fall and a fracture of vertebrae L2.  Many anxious days followed a serious back operation, with Cheryl recovering sufficiently to glide down the aisle on Spring Day with confidence.

Saturday, September 9 was the date set for the return of parkrun activity, and Kidds Beach parkrunners gave lots of encouragement as Cheryl and Dave walked the 5km.  He is smiling, now that his red 50 parkrun t-shirt is on the way, and she is all smiles too as she’s just updated her profile name to Mrs Briggs. 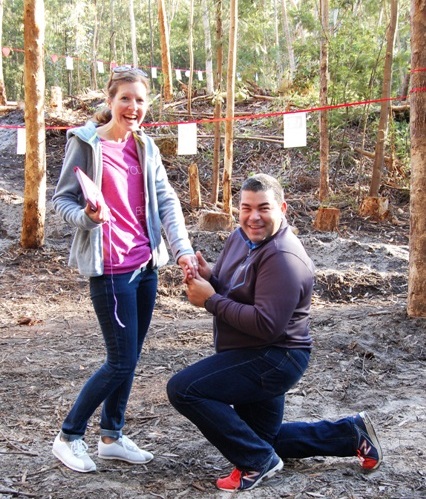 Chris Roos and Jackie Kunze did their first parkrun in Hermanus over the Easter weekend this year. They were not registered but fell in love with parkrun and registered the week after at Constantia. Chris decided that Hermanus parkrun would be the ideal parkrun to propose as that is where they first took part and fell in love with the parkrun concept.

Bellville parkrun takes place in the Jack Muller/Danie Uys Park, which was closed to the public for several months during lockdown earlier this year.   When the park reopened, Co-Event Director Almarie, like so many of our parkrunners, was very happy to be able to enjoy this lovely space for exercise once more. She did…