Halls parkrun in Nelspruit is one of the oldest in the country, having started in December 2014. Since then the course has been completed over 75,000 times. The core volunteer team tell us more.

How did Halls parkrun come about? Tracey Both and Ilsa Tobias were the first Run Directors at Halls parkrun and they were responsible for getting it off the ground.

What have been the highlights of your event so far? We’ve had a lot of highlights, but some of them have included Folavio Daniel Sehohle setting the male runner record at Halls which is one of the best times country wide with a spectacular 14:35.

Our current event director of Halls parkrun had a memorable run on his wedding day running in a Scottish kilt along with his two groomsmen in their tutus.

We also celebrated a spring day event by dressing up in the brightest colours possible and decorating the event to match the spring theme. 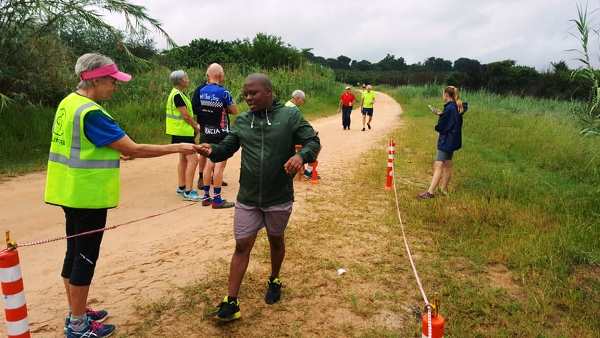 Who helps to make your parkrun a success? We have a number of volunteers that have really helped above and beyond, including Hester Liebenberg, Jan van der Merwe and his family, Johan van Putten, Martie van Putten & Tania van Rooyen

What makes your parkrun unique? The terrain makes it rather unique as we have quite a bit of different scenery from sandy uphill’s and downhills, to tarmac, to pavement. This all includes running through orchards, vlei areas, through a cattle farm, over a highway, over a train bridge and over a beautiful Crocodile River bridge. 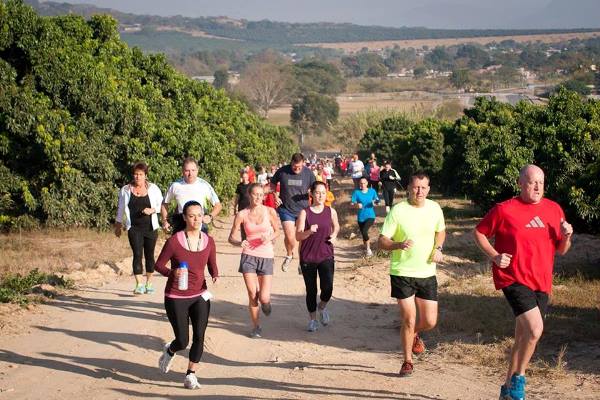 What are the typical parkrunners who come like? Families, couples, individuals, everyone! Most of our participants are between 35 and 60 years of age although we do have a large number of younger runners as well on the route. We have a large amount of walkers and runners which makes the route rather evenly spread.

Have you had any notable visitors? We have had a number of visitors from far such as Cape Town, Namibia, England, and Australia

What are the facilities like? There is enough parking for approximately 600 runners with no issues. This is approximately 50m from the start/finish as the route is an out and back. The parking is across the road and the toilets are by the petrol station adjacent to the parking lot. There is also a nursery, restaurant and coffee shop in the area.

What is the one thing a first timer to your parkrun should know? We have seasonal start times, therefore in summer we start at 7AM (October – March) and 8AM in winter