Wits parkrun has taken place for the past year on the West Campus of Wits University. The core team of volunteers share more of its story:

How did Wits parkrun come about?
Wits parkrun had its first official event on 13 October 2018. It was a long time in the planning with several routes being tested before we settled on the current route. Gavin Levenstein and Andrew Thatcher got it off the ground. We are both Varsity Kudus members and had talked for a long time on our social runs about how cool it would be to have a Wits parkrun. The idea was to get more staff and students interested in running and exercise.

What have been the highlights of your event so far?
Every week that we have an event is a highlight for us. We have an average of 250-300 participants each week and it is great to have so many people enjoying the facilities that Wits has to offer. For me the funniest event was Star Wars day (May the 4th). People were invited to dress up as their favourite Star Wars character. We had several Darth Vaders, a wookie, a few Princess Leia’s, and of course Luke Skywalkers and Han Solos. We had a classic Star Wars story lead-up in the preceding week and the announcements were given by Darth Vader himself. 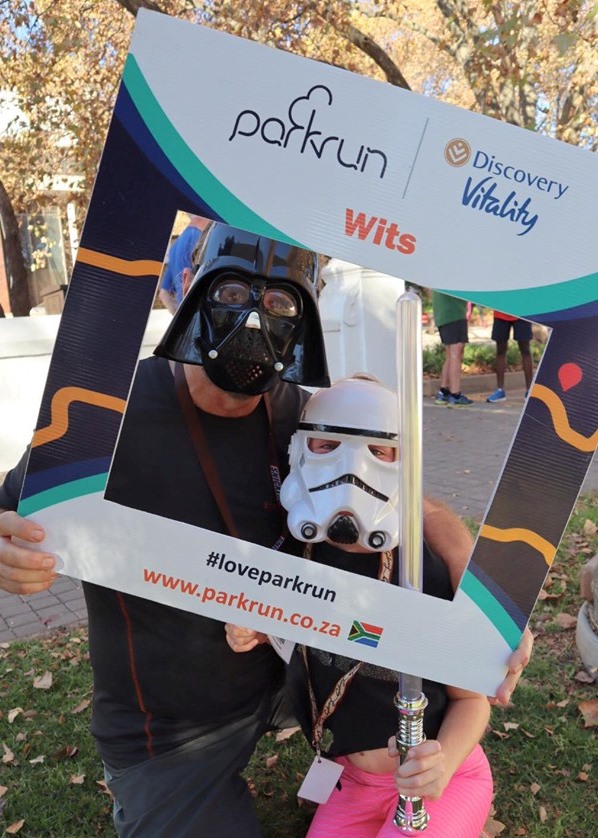 Who helps to make Wits parkrun a success?
All our volunteers are dedicated. A special shout out must go to Kidia Kalima, Joyful Mdhluli, Matshediso Mokokwe, Fran Jaucot, Lara Bloch, and Jim Brown who have helped out most weeks.

What makes Wits parkrun unique?
It was the first parkrun in South Africa to be run entirely on a university campus. It is also the highest (in elevation) parkrun in Gauteng Province.

What is the route like?
It’s pretty hilly but is run mostly on paving. The grassy bits are mostly flat. 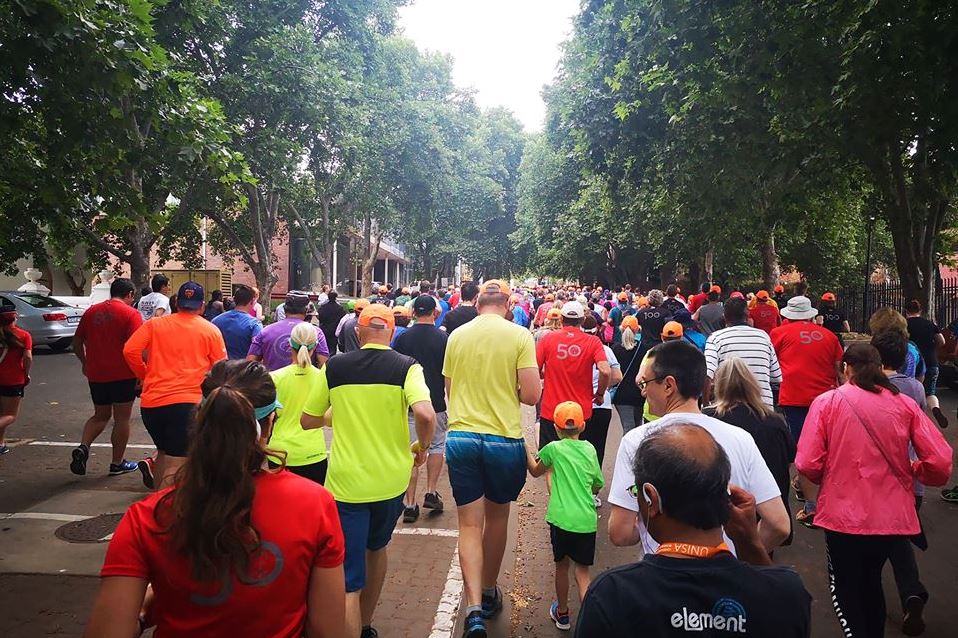 What is the typical Wits parkrunner like?
We have a mix of about 50% runners and 50% walkers most weeks. We have families, couples, individuals, soccer teams, rugby teams, pensioners, and religious groups. We have plenty of under 11s running each week (sometimes even getting first place in their gender category) and we have over 80s too. The best thing is seeing people from all walks of life coming and enjoying a run/walk in the park.

Have you had any notable visitors?
Well, Darth Vader of course. He was there for May the 4th. Bruce Fordyce has come a few times and served as our Run Director earlier this year. The Vice Chancellor, Prof. Adam Habib, came to the inaugural, and Caroline Wostman (who won the 2015 Comrades and Two Oceans marathons) and her two daughters are regular attendees.

What are the facilities like?
There is parking for about 3,000 people near the parkrun! The closest parking is less than 100m from the start and there is plenty of it. There are clean toilets specifically for parkrunners and another set of toilets for people that want to have breakfast at Olives & Plates restaurant which is at the finish. Olives & Plates has a special parkrun menu, but you are also welcome to choose off their normal menu. It’s worthwhile checking out their cake collection too. Tea, coffee, and hot chocolate is available before the run if you would like.

What is the one thing a first timer to Wits parkrun should know?
Look out for the messages of support that we write in mealie pap on hypotenuse hill (you’ll know which hill it is when you get there).

It has been a frustrating “stop-start” time for parkruns in South Africa but for the second time this year we are excited to be reopening several of our parkruns next Saturday (7 August), after another lockdown hiatus of just over a month where we were once again unable to stage a single parkrun. We are delighted…

I set off for Blandford parkrun with mixed feelings: so happy to be able to attend parkrun; so anxious it would be nothing like back home in South Africa. I’d run 53 parkruns before, 52 of those at my home parkrun in Grahamstown. I’ve been in the UK for a year and a half, but…