Since 2017, thousands of people have attended parkrun events across the country. For many people this has been the first step into a regular activity, for others an opportunity to go out and simply meet fellow participants to walk, jog, run, or volunteer in a local park. We hope that by offering parkrun, in exactly the same format as in other countries, we have already helped to change many lives for the better.

Every week we receive inquiries about the possibility of starting parkrun in new parts of Germany. Already there are many places where there are some people willing to launch it but who need support from others in their area to be able to start up and sustain a parkrun. Although many of these requests are at an early stage, we are confident that they will eventually turn into weekly events with strong communities behind them.

Today, we want to share with you an updated map of parkrun Deutschland, on which we have indicated existing locations, locations that are preparing for launch, as well as those places where there are one or two people already willing to bring parkrun to their local community but need additional core team members to be able to start. 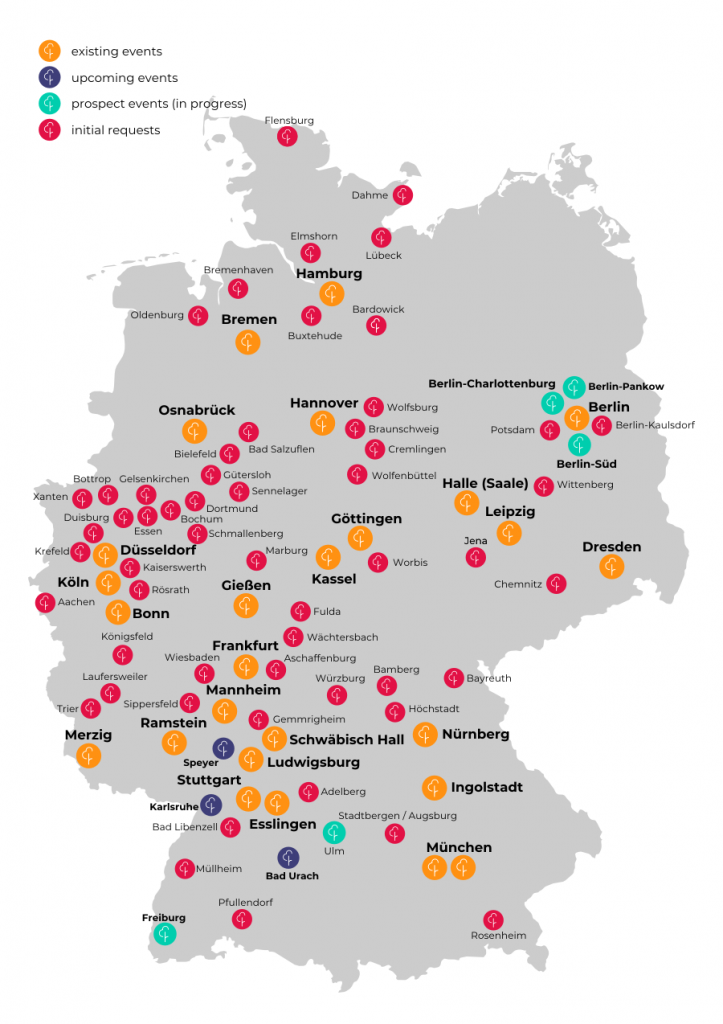 Please have a look and see if you know of any relatives or friends in any of these locations who would be interested in supporting the start of a new parkrun – it could just change their lives!

If you are based in Germany and would like to be involved in a new or prospective parkrun event, or know someone in Germany who may be interested, please get in touch via deutschland@parkrun.com, or use this form.

These are the volunteers at Outeniquabosch parkrun for our Valentines Day themed parkrun!   Ita Janse van Rensburg       Divan Gerber started parkrunning as an 8-year-old when we started Mogol parkrun on 14 June 2014. Through all his primary school activities he managed to still get his parkrun fix almost every Saturday morning. He…

We are all a family

Alison Turrill, 55, loves the sense of community at parkrun and wishes she’d started taking part sooner.    Now she loves catching up with her parkrun friends every Saturday.   There is a sense of community at every parkrun I go to. I love the simplicity and inclusivity of parkrun. Who you are, what you…