Bryanston parkrun has held over 300 events since it launched in early 2014. Since then, parkrunners have completed a phenomenal 1.2 million kilometres on the Johannesburg course. Event Director Ian Tumiel shares more:

How did Bryanston parkrun come about? In 2013, the Bryanston East community forum (BECF) completed the development of a new park in the greenbelt area of the Braamfontein Spruit (riverine). For many years it had been a desolate and derelict area in a prime suburbian area. The question was, how could we get people to return and use this space.

Soon after, by pure coincidence or a twist of fate, I received a call from David Ashworth asking whether we would like to start a parkun in Bryanston. Neither of us had ever met or spoken before. I had to find out what was a parkrun! In January 2014, the first Bryanston parkrun took place with 668 participants.

What is the Bryanston course like? The course starts in our lovely Riverside park and follows the Braamfontein Spruit trail on what is now a well maintained and clean route. It is hard to believe that you are in the suburbs of South Africa’s largest city. The course is relatively flat with some gentle hills to test you and many parkrunners come to try and get a PB. The return path is closer to the river, a shadier and tranquil path where you can listen to the sounds of water flowing and birds calling.

What is the most famous landmark on your course? The BECF presented a metallic sculpture of a lion (Tau) and an elephant (Ilanga) to Bryanston parkrun on the occasion of their 200th and 300th parkruns. These animals are located at the 5Km and 4Km markers on the parkrun route and delight and encourage parkunners as they go by. The final objective of the BECF is to raise enough funds to have all of the “Big 5” along the parkrun route.

What would you say to a ‘parkrun tourist’ to encourage them to visit your parkrun? Come and see our Big Two and join us in our cause to have all the Big 5 on the route.

Have you had any famous visitors? Among the celebrities who have been to Bryanston are Father Christmas and the Easter Bunny. Unfortunately they don’t appear in the results because they did not have their barcodes with them! 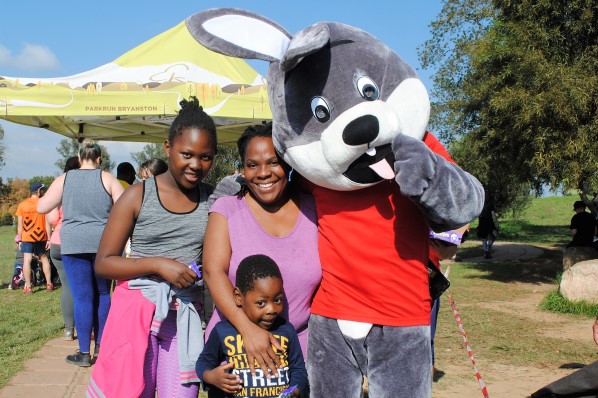 Where do you go for post-parkrun coffee? Chateau Gateaux Patisserie came on board with a post run coffee deal virtually from the moment Bryanston parkrun started. Anna Kelly has organised literally hundreds of free coffee and cake vouchers for our volunteers to enjoy. Their cakes and drinks are the best in the land.

Is there anything unique or unusual about Bryanston parkrun? Once the Run Director completes his pre-run briefing he invites all volunteers to step forward and do a “fist bump” with the runners in front of them. It helps create a great vibe and makes the volunteers feel appreciated more. We think it has encouraged more people to volunteer. 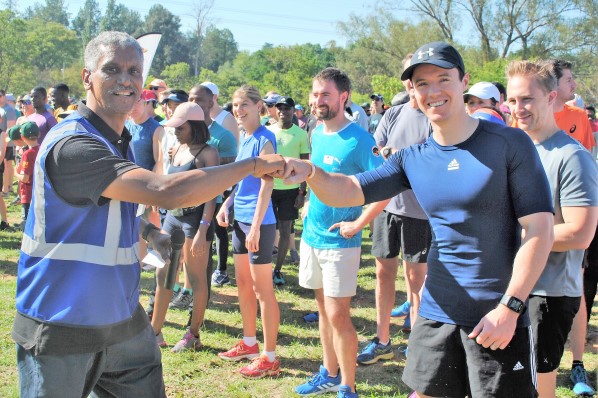 What impact has Bryanston parkrun had on the local community?  parkrun has broken down barriers between neighbours and created a space where people can meet and socialise. Gated communities and high walls kept people apart. At parkrun these barriers don’t exist.

KwaMashu parkrun in KZN launched on 14 January 2017. In the first three years, parkrunners covered over 39,000km on the course. Co-Event Director Sihle Nala tells us more:   How did KwaMashu parkrun come about? The parkrun was set up by some KwaMashu community members that loved running; they did this with the help of Dr…

parkrun is a family event for the Mallick family, who were quick to embrace parkrun soon after events first launched in Cape Town in 2013.   Faldiela and Monieb have 10 children. With only four of the children still living in the family home, it is not easy getting them all to the same parkrun event.   On 11…