A group of St Francis Bay parkrunners joined forces to raise R150,829 for the St Francis Bay Food Relief Project, enabling them to provide the poorest in their community with food parcels during the lockdown.

Liz Anderson and two friends were due to run the Zurich Marathon on Sunday 26 April 2020, when South Africa was still in lockdown level 5. This all changed as a result of Covid-19, but determined Liz didn’t leave things there.

Liz decided to tackle the full marathon in her own garden instead, on the day she would have run in Zurich! And took her dream even further: An idea sparked during her final training run when she put together a plan to seek additional sponsors for her run. Liz had already received some overseas sponsorship which she wanted to donate to the DVG Food Relief project. So she challenged St Francis parkunners to join the cause, run (in their own gardens) with her and pledge more donations!

Between them, the group have impressive parkrunning credentials, having run almost 250 parkruns, and have volunteered nearly 200 times! One of their number, Margie Saunders has set age grade records at a number of parkruns, including PE Hobie Beach, Knysna, Rondebosch Common and even Shananagh parkrun in Ireland!

Another runner, Mike Stark, has completed Bressay parkrun in the Shetland islands, just 400 miles from the Arctic Circle, and Liezl Clause has volunteered at parkrun a staggering 171 times!

The positive response from parkrunners and the local running club was overwhelming, with friends of members who ended up in lockdown in St Francis Bay also joining in the fun! 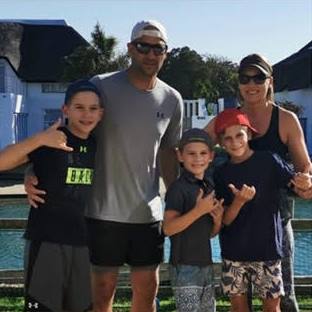 Not only did they sponsor Liz, they all ran “with” her too! St Francis runners managed to make up relay teams who all completed a 42.2km distance between them. A total of 38 runners took part in these relay teams “with” Liz, and some of them even raised their own sponsorship!

Liz was overwhelmed by the enthusiasm and support for her and for this cause and the Disaster Volunteer Group is over the moon to have received a whopping R150,829 raised through Liz’ amazing challenge, with every cent going to the food parcels! 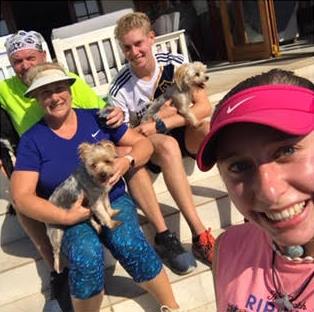 In Liz’ own words: “At a time when nothing feels certain anymore and being physically separated from friends and family is actually the law, it felt incredible to come together as a community and do something meaningful, together. Our network of international supporters who love St Francis made it even more special. Thanks to Louise Ackerman for embracing my idea on such short notice and making it come to life. Huge thanks to everyone for joining me and raising the stakes. We can all be proud that together we raised enough money to provide over 600 food parcels for Sea Vista. As a new arrival in Cape St Francis, I am just so thankful to be here and nowhere else in the world during this crisis. We already looking forward to #LockdownMarathonSF2021!”

This is an amazing effort and just goes to show, where there’s a dream, there’s a way! And this “way”, is feeding our community!