When lockdown hit us in March last year, everyone thought that it would be for a few weeks only, and that, after the initial ‘captivity’, we would be back to business as before. However, reality struck hard when we realised that exercising in general, and parkrun in particular, would be a no-no for the foreseeable future.

Not even being allowed to walk outside our premises, is a sure way to kill enthusiasm and block healthy exercise efforts. Once we were allowed outside again, local parkrun volunteers Kobus Uys and Jurg Smit started a WhatsApp group to motivate people to stay active by creating their own virtual parkruns. Participants could add the data of their own Saturday morning runs, irrespective of where they would run or walk, provided it was at least 5 km. The owner of the parkrun venue then decided to open the gates to the premises every Saturday morning, giving people access to the parkrun route.

The ‘non-parkrun’ was introduced to all members, but local parkrunners felt that they would rather do the ‘familiar thing’. Saturday mornings turned into fun times despite lockdown, as parkrunners would spot other participants en route and enjoy the casual chit-chats, even at a distance or behind masks!

Jurg has been the super motivator, posting a ‘prologue’ every Friday evening, and a most enjoyable summary once all the results were in. Participants are also motivated to post a picture of the run, whether of themselves or of something that catches the eye, and a winning picture is announced at the end of each virtual-parkrun. Kobus has been processing the data every Saturday, providing a table with ‘finishing positions’ and stats for every participant. 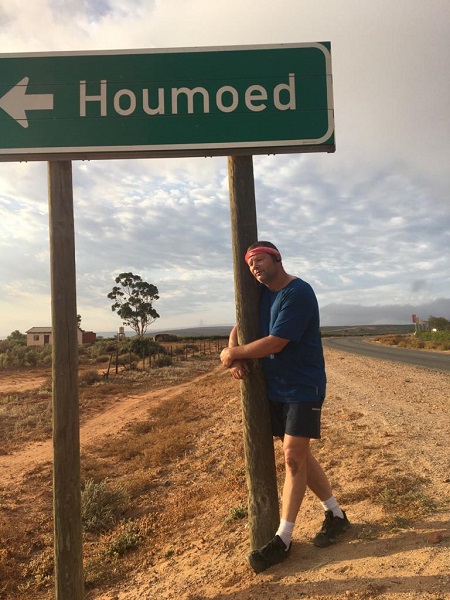 During the last 10 months, 41 virtual parkruns happened in the ‘Dal’, with more than 80 participants who diligently entered evidence and pictures of their efforts. Three runners – Chris Barnard, Errol Erasmus and Kowie Basson – never missed a single Saturday – great stuff, especially as none of them count amongst ‘young ones’!

To keep the ‘Dallers’ motivated, a new challenge has been rolled out, and not only for parkrunners:

The difference is that this runs/walks can be done any day of the week and is not limited to Saturdays only, but must at least include a Saturday ‘virtual parkrun’. Also, it is not about time, but about the distance, and evidence of the distance completed has to be posted on the WhatsApp group. People who want to participate, can contact Kobus to be added to the WhatsApp group.

Kobus drew up a schedule for participants, breaking down the different distances into weeks, which makes the ‘task’ much less daunting and proves that it is possible to achieve by simply exercising on a regular basis.

Meanwhile, we are all holding our thumbs that our parkruns will open again soon. Vredendal parkrun is a very popular one, even amongst visitors who would drive for hours to enjoy this run and then drive back home again after coffee! Until that can happen, the Dallers will keep moving!

There were so many friends around me convince me to start parkrunning and told me all the motivational, good stories and community projects involved.   I started with my own parkrun journey in 2018, and have achieved my first milestone of 50 runs. I reached 68 runs before Covid derailed us!   Bridget and Allen Klue…