Is there somewhere I can leave my leg, please?

Major Kate Philp, a former Royal Artillery officer, lost her left leg below the knee on duty in 2008. Now a member of a parkrun core team, she talks us through her inspirational parkrun journey.

“Is there somewhere safe I can leave my leg, please?”

This probably isn’t the question that many Volunteer Coordinators are faced with in the lead up to a Saturday morning parkrun event. Luckily for me, it was the wonderful Cat who received it and replied with a wholeheartedly cheery and enthusiastic, “Of course, I’ll take care of it myself!”

parkrun entered my life in September 2018 when it arrived in my hometown of Marlborough in Wiltshire. I’d been aware of parkrun events in other parts of the UK for years but had never taken part initially because, whilst serving in the army, my life at weekends was rather transient, usually visiting friends or family in various parts of the country, and more often than not waking up on a Saturday morning a little “jaded” from too good a catch up the night before!

Then in late 2008 I was injured on my tour of Afghanistan, what’s often been described as a “life-changing” injury, resulting in the lower part of my left leg being amputated.

“Life-changing” in the context of injury tends to carry a negative connotation, but not for me. Whilst I wouldn’t have wished for it to have happened, neither do I have any regrets. My immediate feelings were centred on gratitude and perspective: grateful to be alive and soon after safe back in the UK, and a strong sense of how very much worse my injuries could have been, surrounded as I was, going through rehabilitation, by those who’d lost two or three limbs, or suffered brain injury.

But the most compelling reason not to want to change history is because of the people in my life now who wouldn’t have been, had I not been injured: those I went through rehab with, those I took part in an expedition to Antarctica with, and ‘my’ parkrun people. I think I would have become involved with parkrun anyway, but it probably wouldn’t have been in Marlborough and there wouldn’t have been the talking point around ‘where can I leave my leg?’ which created the opportunity for me to feel so welcomed and instantly feel like one of the team. 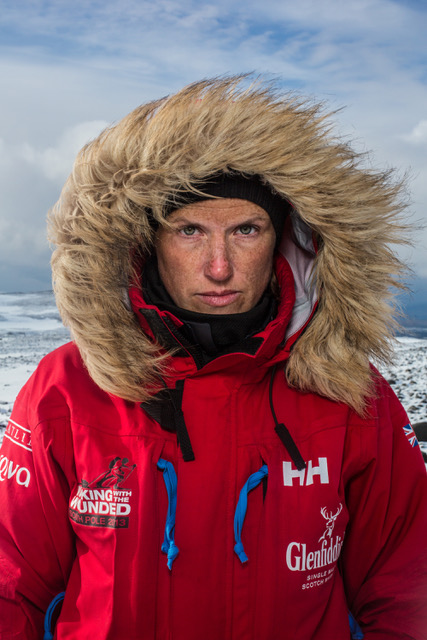 I have had a frustratingly on/off’ relationship with running since my injury, but I did manage to achieve a ‘post injury PB’ – it’s amazing how being part of a supportive pack can give you extra energy (and perhaps a touch of competitive spirit!).

However, it is volunteering that really makes my heart sing. I have volunteered regularly, in fact I pretty much invited myself onto the core volunteer team – ever the shrinking violet! – and have got so much enjoyment and satisfaction from the experience: making new firm friends, welcoming regulars and newcomers, including a fair few parkrun tourists, to our deceptively challenging course on the common, admiring those who run, jog and walk, cheering those at the front (and secretly working out whether I’d have been hot on their heels in pre-injury days!) and those at the back with the Tail Walker, as well as being inspired by all my fellow volunteers who return week after week to help deliver the event, enjoy the fresh air and soak up the community spirit.

Even on the dreariest of days, we’ve never been short of volunteers to marshal, time and cheer on our parkrunners, then dismantle the course in record time to gather in the golf club bar for well-earned brews! 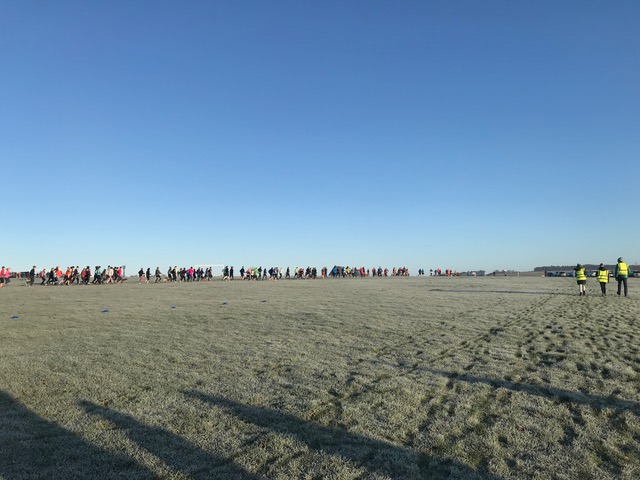 Token sorting and results processing have become finely honed drills, accompanied by lively chat to catch up on each other’s week, before holding a core team meeting to discuss any event delivery issues. Our dual priorities are to deliver a fun event every Saturday that is safe, so we regularly practise and review our emergency drill procedure, something I’ve been keen to lead, drawing on my military experience.

Being able to immerse myself in the local community, help deliver Marlborough parkrun and feel like I have been welcomed with open arms is hugely uplifting and fulfilling and something I’ve particularly missed since the events were paused last March.

For most of 2020 I wasn’t able to wear my prosthetic leg due to a need for revision surgery, which was postponed from January to September. I was enormously grateful to all my parkrun friends who supported me during this time, but became incredibly frustrated when lockdown was imposed and I wasn’t in a position to also help others in the way I wanted to, less for a phone call here and there.

I am so looking forward to parkrun’s return, to be back with ‘my’ people in the outdoors on a regular basis, to volunteer and satisfy the desire to ‘serve’ which I miss since leaving the army and, hopefully, to a time when I can also run again.

The situation with regards to COVID-19 (Coronavirus) continues to be somewhat turbulent in nearly every parkrun territory.   Whilst some of the parkrun family are experiencing a challenging time at the moment with increasing lockdown restrictions, others are beginning to see the green shoots of recovery.   In South Africa, the Government recently amended the…