Serious health issues saw Chris Smith admitted to hospital in 2020, and then facing a long road to recovery.

He wrote himself a motivational note that simply read ‘parkrun’. Here’s his story of how that note inspired him to keep going in the face of adversity.

In all my years of running I believe that parkrun has had the biggest beneficial impact on the population’s health, by encouraging people to exercise and realise that it can be fun and enjoyable.

I have spent my whole life as a runner, completing some 55 marathons. I live in England and I am currently the Running Mayor of Warrington, and have previously been awarded a Warrington Inspiration Award as well as a Warrington Sports Personality Award.

I set up the Penketh Kingfishers running club with the aim of supporting friends, colleagues and people within my community to give running a try, progressing them through the couch to 5k programme and on to parkrun. 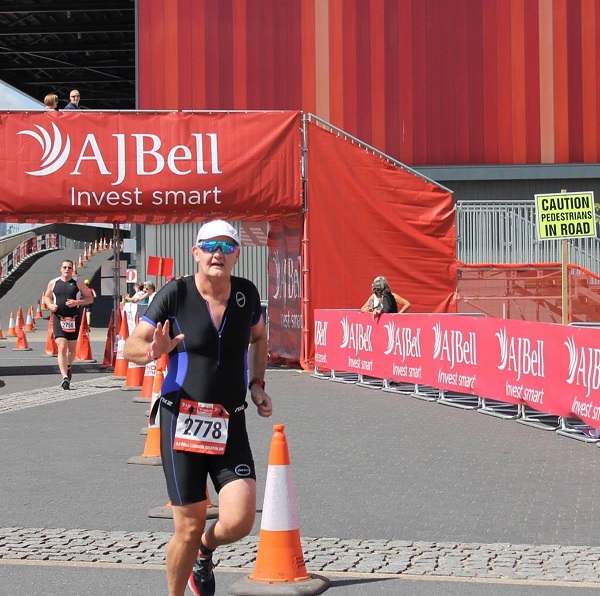 All of this came crashing down around me when I was admitted to my local hospital in June 2020, having been brought in by emergency response vehicle. Just when the first wave of Covid infections were reducing, I had the misfortune to contract double pneumonia.

I was quite poorly and sedated on morphine. When I was lucid I was aware that I was having up to 5 intravenous infusions of antibiotics every day, even so the infection was still growing and my body temperature rose above 40 degrees. There was more bad news as a CT scan revealed that I had massive blood clots in both lungs. My medications were changed and the pneumonia infections started to recede. My resting heart rate came down from 160 bpm and my temperature eventually stabilised at 36 degrees.

I was discharged almost four weeks later but had to take oral antibiotics for another week as well as blood thinning medications for the rest of my life. As I was packing my belongings a member of staff told me that I’d been very lucky. I knew exactly what they meant, although it didn’t quite feel that way at the time.

I spent the next three months at home, and on many days I could barely get out of bed or get dressed as I felt so tired and my joints ached.

During October, I felt mentally and physically strong enough to go for a short walk and get some fresh air, however luck was definitely not on my side that day and I was very randomly bitten by a dog. My blood thinning medication means that my blood doesn’t clot and within five minutes the scene looked like something out of a horror film and I was covered in my own blood. As I was potentially immuno-compromised I had to go back to hospital for more antibiotics and several stitches to my hand.

Life was not good and apart from numerous medical appointments I barely left the house for the next six months. I was constantly visiting hospital outpatient departments, NHS clinics, doctors surgeries and pharmacies for blood tests, cardio respiratory tests, CT scans, ultrasound scans and specialist haematology tests. The blood clots reduced but I was diagnosed with chronic asthma and at one point I was taking 15 different medications every day.

I’ve been a runner for over 50 years, since I was seven years old and without exception I asked every medical specialist the same question, “Will I be able to run again?” To their credit almost all of them said that it was possible and despite the dark days I started to believe that maybe I was lucky after all. Running gave me hope, where I’d previously had very little. 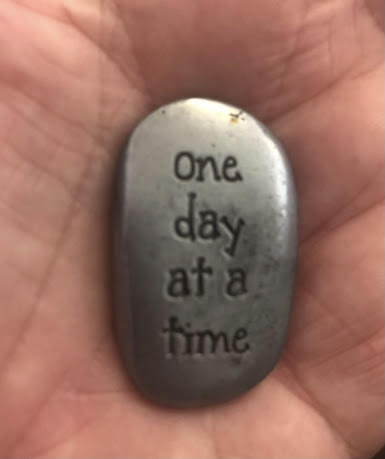 By the end of winter I began to entertain an idea that I might just be able to manage to run and walk my way around my local parkrun in Warrington, when it was initially predicted to return at the beginning of June 2021.

On 1 March 2021, as the crocuses and snowdrops were gently making their presence felt in the garden, I took my first tentative steps on the treadmill in the garage. It was much harder than I’d anticipated and I only lasted a minute before reaching for my inhaler and calling it a day. But two days later, I lasted for two minutes.

On the third occasion I stuck up a piece of paper on the wall in front of my treadmill. It simply read ‘parkrun.’

I was acutely aware that running on a treadmill in the garage, with an asthma inhaler close by, was hardly most people’s vision of what a parkrun event may look like, and in the weeks that followed I printed pictures of various parkrun events and stuck them on the walls surrounding my treadmill.

By the end of April I could run and walk for 20 minutes, albeit very slowly. By mid May, as I’d had both Covid vaccinations , it was time to pluck up the courage and run outside. I still remember a time in the distant past when I would run marathons at sub seven minute mile pace whereas now I struggle to break 10 minutes for one mile, but amazingly, I still get exactly the same thrill when I’m putting on my running shoes. Instead of sticking pictures to the garage wall I remind myself that going slowly is better than standing still.

Some days can still be hard and the truth is that if parkrun had returned in early June I may not have made it, but I did make it to Warrington parkrun on Saturday 24 July for the first return event and it was fabulous.

I was a little nervous because of the health issues but also as I’d pulled one of my calf muscles four days before. But after the long hospitalisation, followed by almost six months stuck at home, then the dog bite and more hospital and running on my treadmill in the garage for months, I was not going to be stopped by a calf muscle injury. No way!

By Friday 23 July my calf was feeling looser and less painful and my goal was to run the whole way without stopping. I started slowly, virtually at the back of the field and maintained a consistent pace throughout the 5k. Within a few minutes I recognised a school friend that I hadn’t seen for more than 40 years and we chatted as we ran for a few minutes or so.

The weather was kind as it had been so hot earlier in the week, but it was slightly cooler on parkrun day and I breezed around without any problems. I felt such relief and just pure exhilaration when I crossed the finish line. 12 months prior, to the exact day, I had been in hospital with an IV drip in my arm and pretty concerned about what the future held.  Now, here I was, after many dark days, completing my parkrun without having to stop.

There is a special spirit about all parkrun events, which, for me, represents hope and optimism. For an hour or so on a Saturday morning we can put on our trainers, put our concerns and worries behind us, and just walk, jog, run or volunteer, and be together in our local communities.

It’s as simple as that!

My health concerns haven’t disappeared and I have a way to go yet, but whilst I have the physical and mental strength  I will keep lacing up my running shoes and turning up to parkrun.