Leanne Hall has lived most of her life experiencing up to 10 seizures a day. After her fourth brain surgery, she is now getting used to living seizure free.

Leanne credits Hull parkrun for playing a huge part in her recovery.

I was diagnosed with a dysembryoplastic neuroepithelial (DNET) brain tumour the size of a satsuma on my right temporal lobe at the age of six. It caused me to have up to 10 seizures a day. After the first surgery I carried on having seizures caused by some of the tumour still being present. So I had another surgery when I was eight.

The years passed, I tried many different drugs but none of them stopped the regular seizures.

I wasn’t able to live a normal life like others my age. Because of the seizures, I couldn’t be left on my own and had to be taken out of school a lot. I ended up being home tutored for my primary education.

Over my secondary education and college, I tried my best to live as normal life as I could, but struggled. Having the regular seizures led to being bullied and picked on a lot.

I trained at Hull College to become nursery nurse and I got top marks with a triple distinction. Following this I got jobs, but the seizures made consistent work very difficult.

It was hard to cope with, as I couldn’t live a normal life nor could I live independently. I thankfully have a loving family, who have supported me all the way through my journey.

When I turned 18, I had my yearly MRI, which showed changes in my brain. There was still a tiny bit of tumour left and lots of scar tissue causing my seizures.

I managed to get a referral to Sheffield Royal Hallamshire Hospital and it was here that my life changed. I had lots of tests to map my brain, for the doctors to work out where the electrical activity was coming from. This required implanting eight depth electrodes in my brain and the data was collected over a month long stay in hospital. 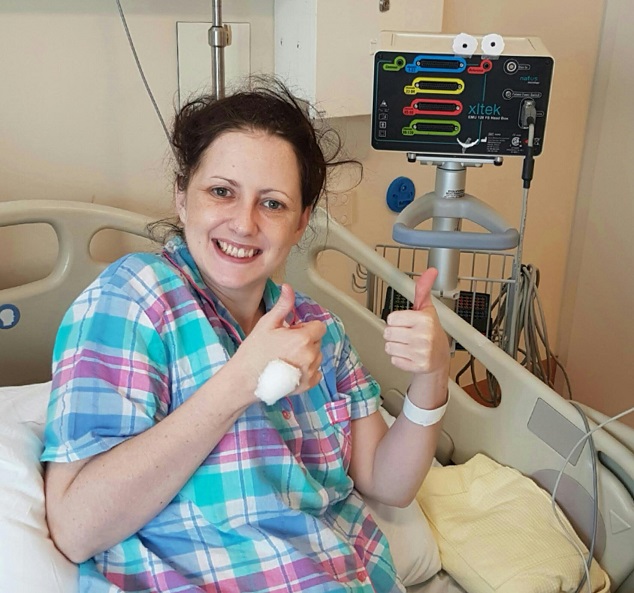 On the 8 May 2017, I became the first person in the UK to be operated on by a RÒSA robot. The surgery took seven hours and I have been seizure free ever since, apart from two seizures which were due to low levels of my medication in my system. 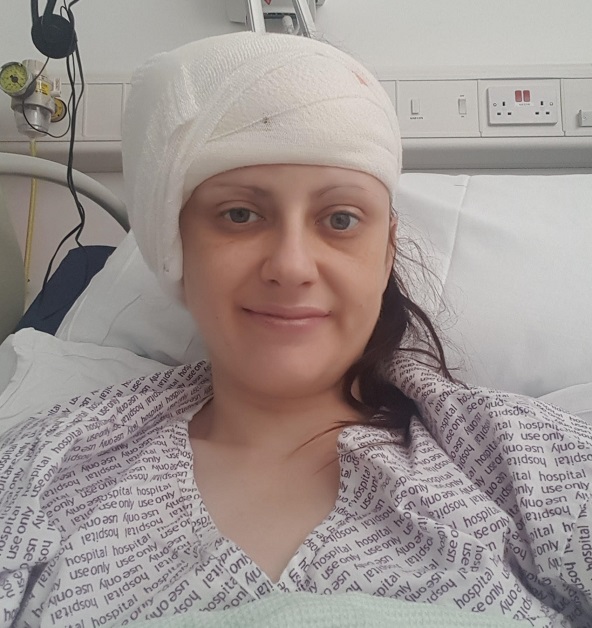 I could finally start to live a life like everyone else, I’m just a bit late starting out!

My new life without seizures left me feeling anxious as I was having to get used to being more independent whereas I had always needed to be with someone up until this time. I knew I needed a challenge to help me build my confidence and come out of my shell.

My dad had started running at Hull parkrun and one weekend I decided to tag along to see what it was like.

I was very nervous going along to that first event, challenging myself with the unknown. I was worried I may have a seizure, as they have been part of my life for so long. I needn’t have worried, it was such an amazing experience, everyone was so kind, friendly and supportive. It was just the thing that had been missing from my life and, of course, I was hooked! 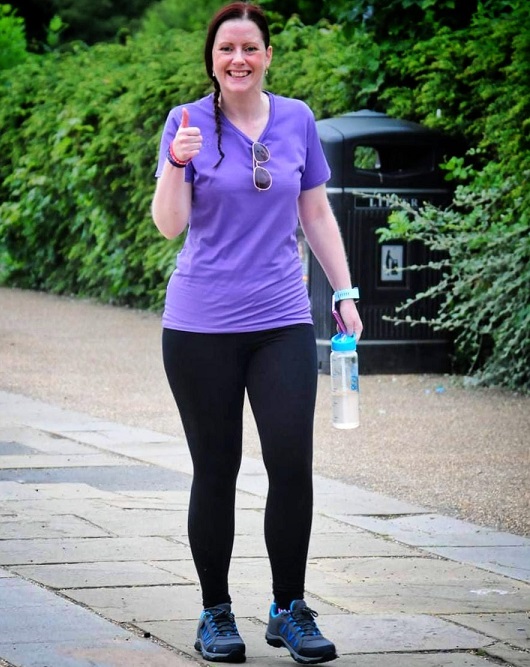 I have made many of my best friends at parkrun. They are my parkrun family, we support each other, cheer each other on and have fun. It’s the best part of a Saturday morning, it fills me up with excitement and joy. 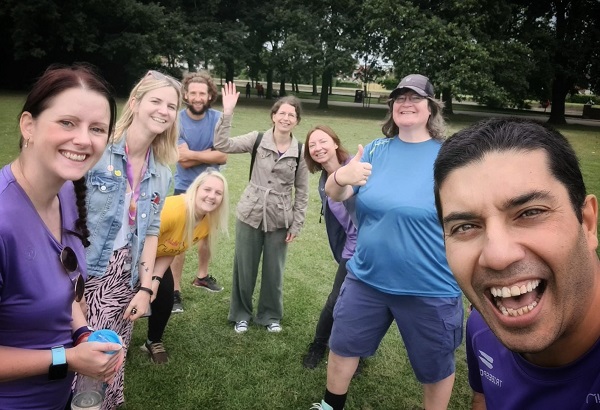 I really enjoy volunteering and have done most of the roles including Run Director. I love getting to speak with the parkrunners and interacting with lots of people. I do still walk and take part in the 5k parkrun. I like to be Tail Walker as it means I can take part in the 5k, as well as volunteering, which is the best of both worlds. 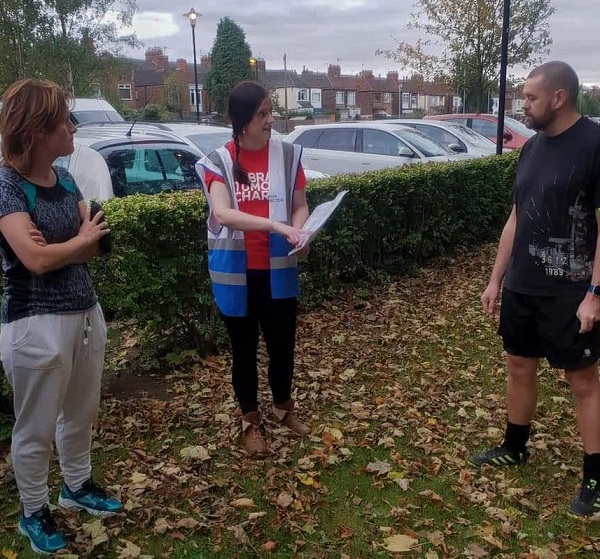 I have so many brilliant parkrun memories, like the 500th Hull parkrun event celebrations. I missed the events tremendously while they were suspended due to the pandemic. Over that time I kept in touch with my parkrun friends and had (not)parkrun to keep me busy. I even logged the most (not)parkruns at my local event. I have also done lots of walking with my camera, having taken up photography after my last surgery.

It was amazing to be back at parkrun on Saturday 24 July. I walked it and it was great. Seeing all my friends and getting the parkrun family back together was the best feeling. 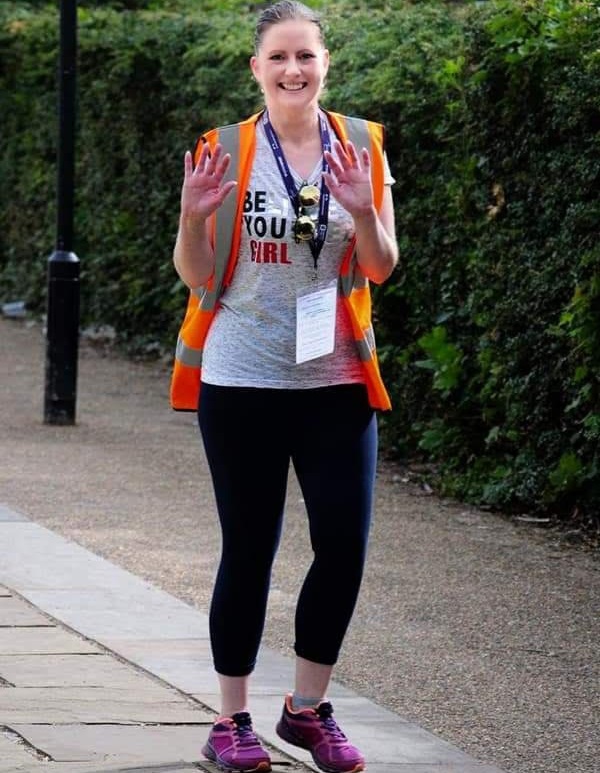 To anyone who is thinking of joining parkrun, and is unsure, I would say do it now! You don’t know what you’re missing, it gives you such a boost and is so much fun.

Hull parkrun has played a huge part in my recovery. I wouldn’t have the confidence, and skills I do now without it. My confidence has grown so much, and I’m a new person, finally with a life without seizures.