David was born on a Saturday morning in early 2017, at about the exact time we should’ve been finishing the Botanical garden parkrun route.

My husband Alex, and hence our family, is more than a little parkrun mad. So since the bug first bit in 2014, when I was about 8 months pregnant, we have barely missed a Saturday. We have walked, jogged and pushed prams for almost 1000km, so when parkruns closed before the first lockdown in 2020, it came as a bit of a shock.

Our eldest, James, got his barcode printed on his fourth birthday, before any birthday celebrations, and before his fifth birthday he had racked up the red and purple T-shirts. Unfortunately COVID and 2020 brought his pursuit for a black t-shirt to an abrupt halt. However, Saturday mornings became a weekly meeting with Vassos Alexander and the parkrun quiz instead!

Enter 2021 and although we could get our second child, David, a barcode for his fourth birthday, it wasn’t much use. Despite that, we walked and ran every week, and recording our (not)parkruns. Just before the re-opening of most of the smaller parkruns in South Africa, he got to 50 (not)parkruns as we explored the low tides, beach roads and forests of the Garden Route. 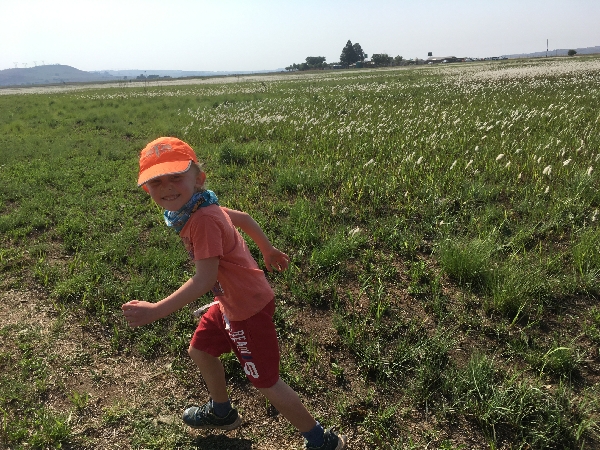 In October, we were finally got to a small parkrun close to home. Bronkhorstspruit parkrun is flat and meanders around some fields on a farm which is a short drive from the town. There was white-tipped grass, cattle dotting the fields and a big blue sky. There was little shade but at least a breeze cooled the morning. The route was well marked for the enthusiastic 70-something parkrunners, all glad to be reunited with each other and their Saturday morning ritual for the first time in over 19 months. And after scrambling cattle grids and running from one orange rock to the next that marked the path, David got his first barcode scanned – and officially logged a parkrun time against his name! We are so glad to be back at parkrun and even though he is only four years old, he is soon going to be hot on his brother’s heels!

Robin Archer, Regional Ambassador for KZN Inland, recently celebrated an unusual double by running both his 250th event and achieving a 250th Volunteering Credit at the same event.   “My parkrun life commenced with running at North Beach at its second event. 8 months later I switched to Shongweni where I was Event Director for…