We’re celebrating ten years of parkrunning in New Zealand! On May 5, 2012, 89 people, including volunteers participated at the very first event on the Lower Hutt riverbank.

Lian and Noel de Charmoy introduced parkrun to New Zealand after visiting their dear friend and parkrun founder Paul Sinton-Hewitt at Bushy Park in London. The idea that parkrun could work on the other side of the world took three years to come to life, but it’s a decision that has changed lives. 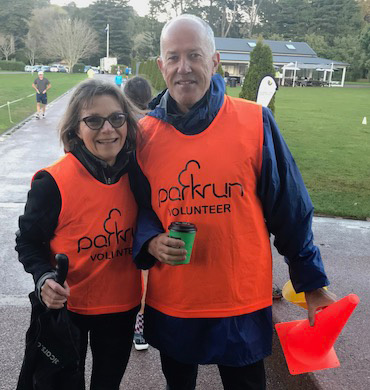 In 2012, the average parkrun finish time in New Zealand was 27:44. So far in 2022, it is 32:35. We celebrate this as it shows parkrun has increasingly broken down barriers to participation and welcomed more and more people for whom physical activity was not previously the norm.

Over ten years, friendships have been formed and healthy habits created for many. The impact of having parkrun in your life can be told through four parkrunners who were at that first event. 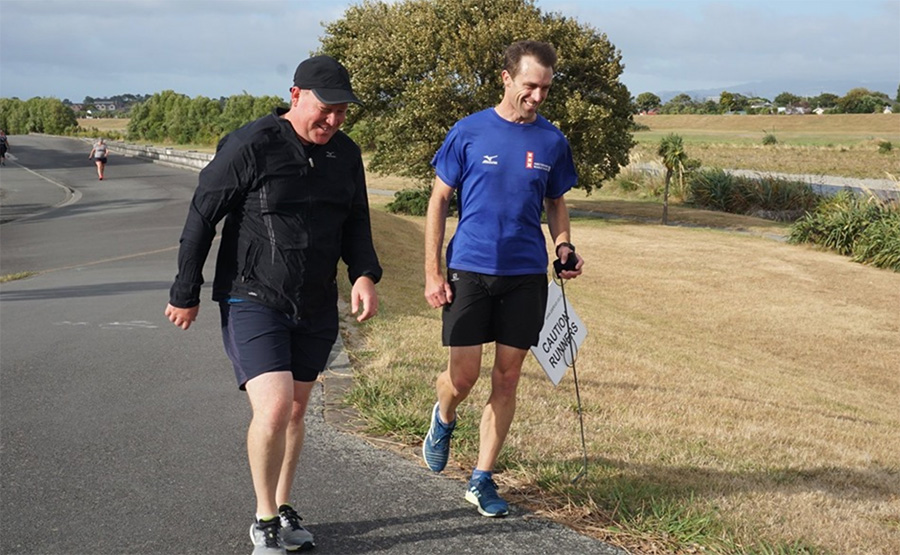 “I’d started running for a bit of fitness about a year before the first parkrun and had a running buddy who had a sore ankle. This meant I was trying to run by myself and there was no real motivation behind it. Reading about it I thought it was just awesome.” 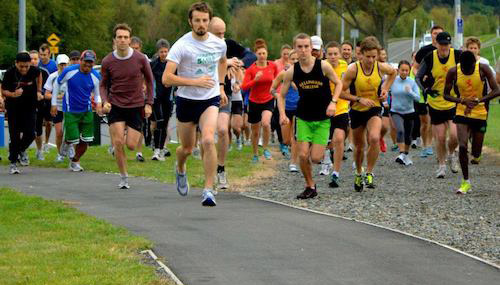 “I liked the fact there were a whole bunch of other people; that I wasn’t doing it alone. Looking back, it changed my whole weekend.”

“I’d beaver away all week with work, then get to Saturday, blob out, and not do a lot. But when you had to get up and go to parkrun at 8am, it turned into ‘what can I do next?”

“My wife noticed a change to our whole weekend; I’d get more done.” 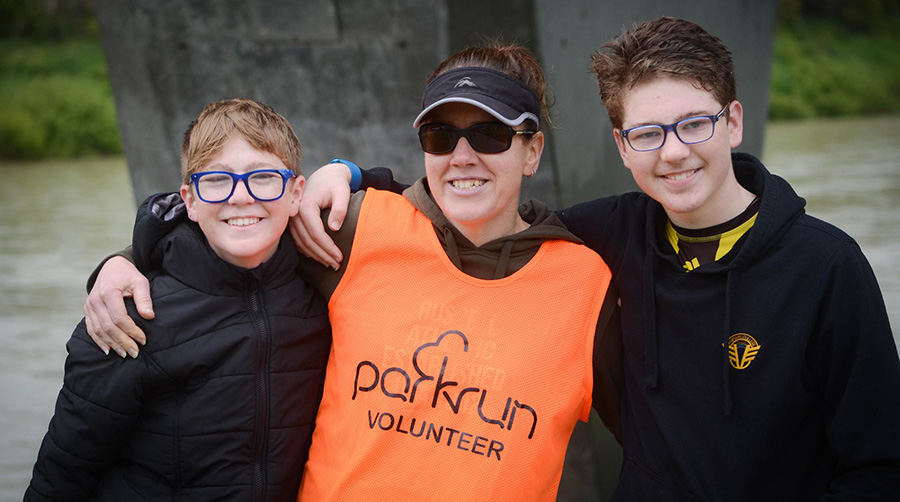 “I don’t do events or long distance but I’m still running two to four times a week as a result of my involvement in parkrun. If it hadn’t been for parkrun I don’t know if I would have stuck it out for as long as I have.”

“It’s the social aspect every week and the motivation to keep consistent.”

“I enjoy seeing other people out there, enjoying a walk or run, and then more so at the cafe afterwards where you form those friendships with people you might not have otherwise met. They become your Saturday morning family.” 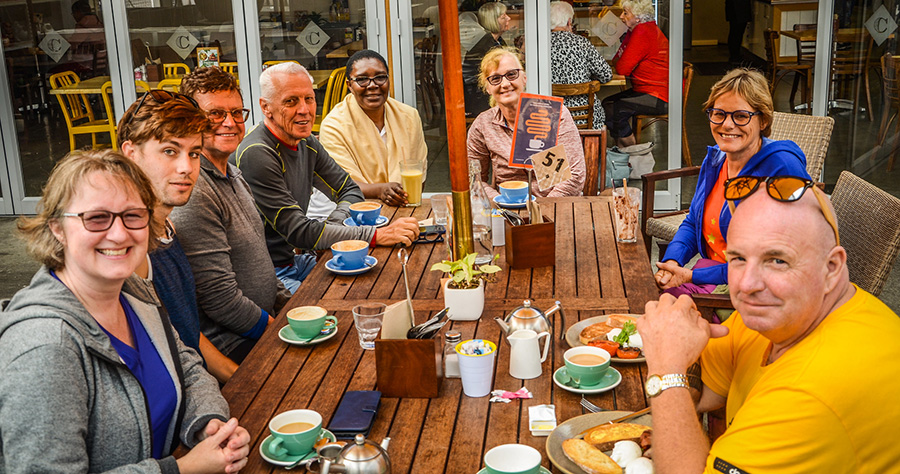 Alan’s advice is if you haven’t tried it yet, just get the first one done. Then see what happens!

Kent Stead and Amanda Bird’s daughters Mahia, 11, and Georgia, 9, have grown up with parkrun. It has helped form really good health habits for the family of four.

Kent and Amanda were both finishers at the first Lower Hutt parkrun, Amanda ran when pregnant with Georgia, and they have continued to make it a key part of their weekend. 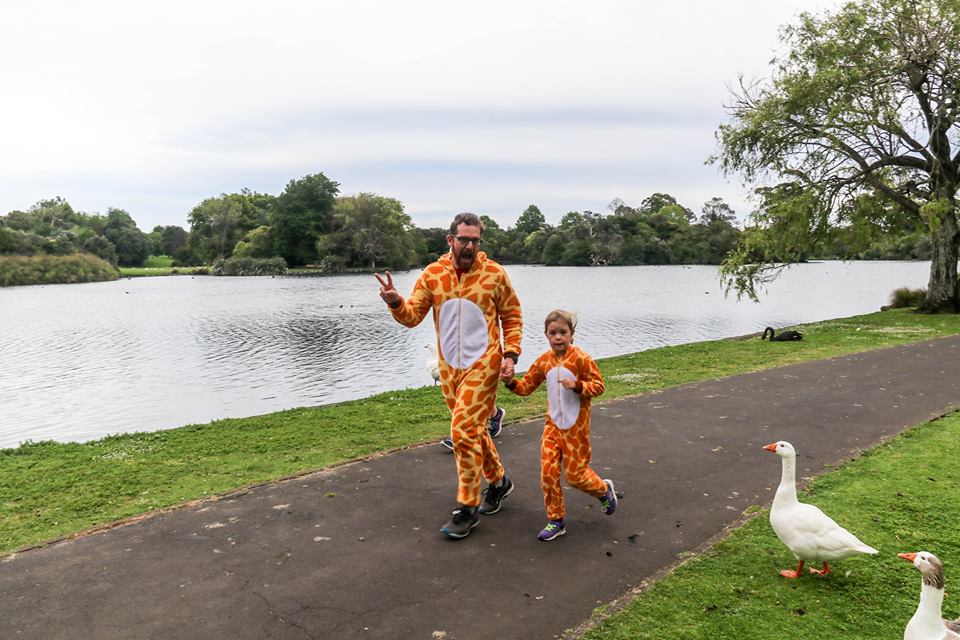 From being pushed in a buggy, to walking and running with their parents – and grandparents – parkrun is a constant in their lives.

“We hear it every single time, that parkrun is such a great way to start the weekend,” says Kent.

“You’re also socialising as a family, with other families and people. There are so many fantastic benefits, both physically and emotionally.” 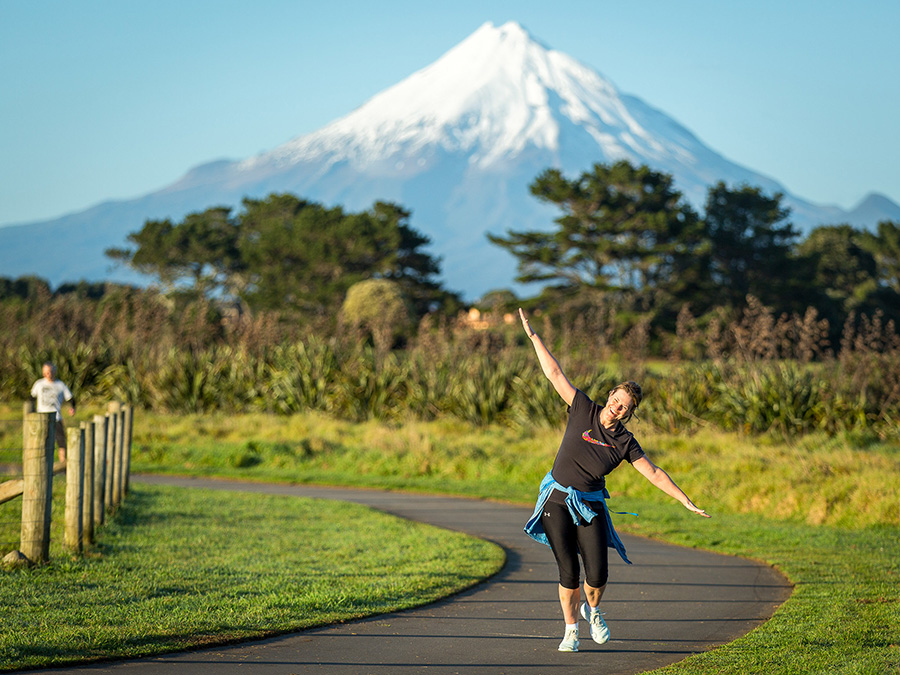 The couple moved from Wellington to Auckland at the end of 2013 where they soon ensconced themselves in the parkrun community there.

Mahia has more than 100 parkruns to her name, while Georgia has just over 50, but Kent estimates they have accompanied him in a buggy at least another 100 times each.

There have also been times when they have walked or ran just one or two laps of the Western Springs course instead of all three.

“parkrun is a no brainer for us. We know it’s good for us as parents but also for creating healthy habits for our children.” 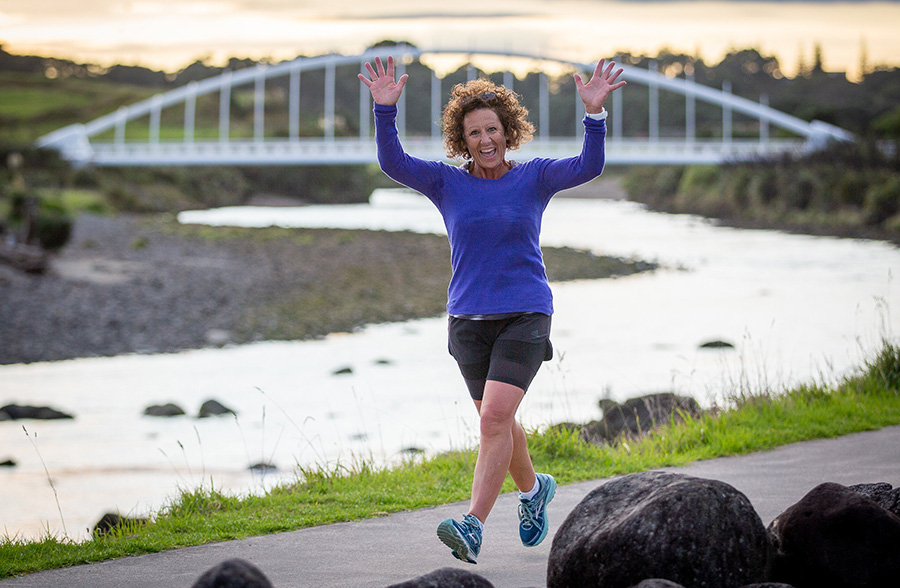 “It’s shown our children that being physically active can be social, fun and easy but also having it as a routine. It’s a Saturday morning, we know what we’re going to get, no surprises.”

Amanda says participating in parkrun with their children is also a good opportunity for them to connect.

“We chat as we’re going around with no other distractions. Without parkrun, we’d be sleeping in and in our pyjamas all day!”

They’ve made some great friends since moving to Auckland and have encouraged some of their new friends to join in every Saturday.

“Our neighbours have also started coming with their kids too. Our kids now like to walk and chat; it’s a really lovely positive environment.” 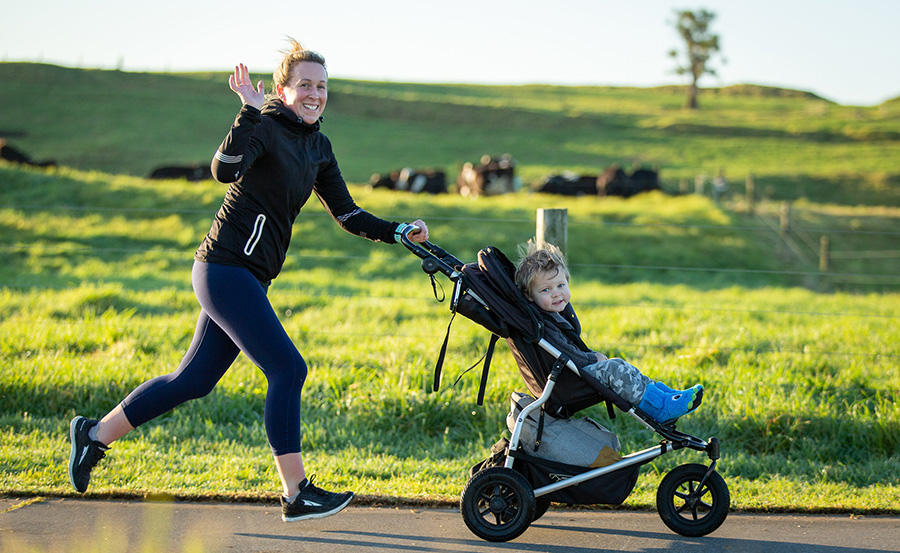 When you’re a parkrunner, you have a friend at every event – you just might not yet know it. Bruce McCardle has friends across the country all thanks to turning up to a free community event.

“Going to parkrun has expanded my friendship circle. I came up through the Scouts, so I have a bunch of friends going back 40 to 50 years. They’re still friends but all across the country.” 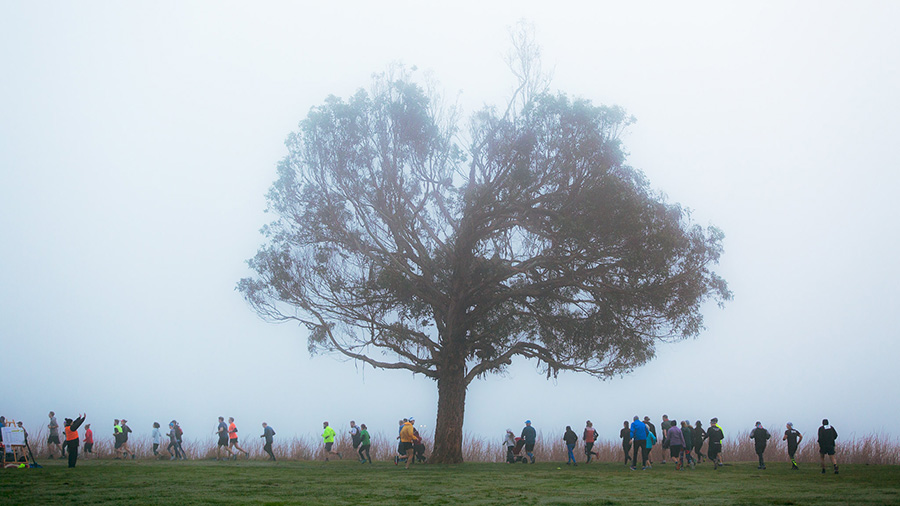 “Then there’s family and my work colleagues, but parkrun is something different. You can rock up in your shorts, shirt and trainers and be standing next to a rubbish collector, doctor, or an MP, and you don’t know.”

Bruce was one of the finishers at Lower Hutt’s inaugural event and now lives nearer to Greytown Woodside Trail parkrun. Fortunately he works in Lower Hutt on Saturdays, so can usually be found at either Trentham Memorial or Lower Hutt parkruns. 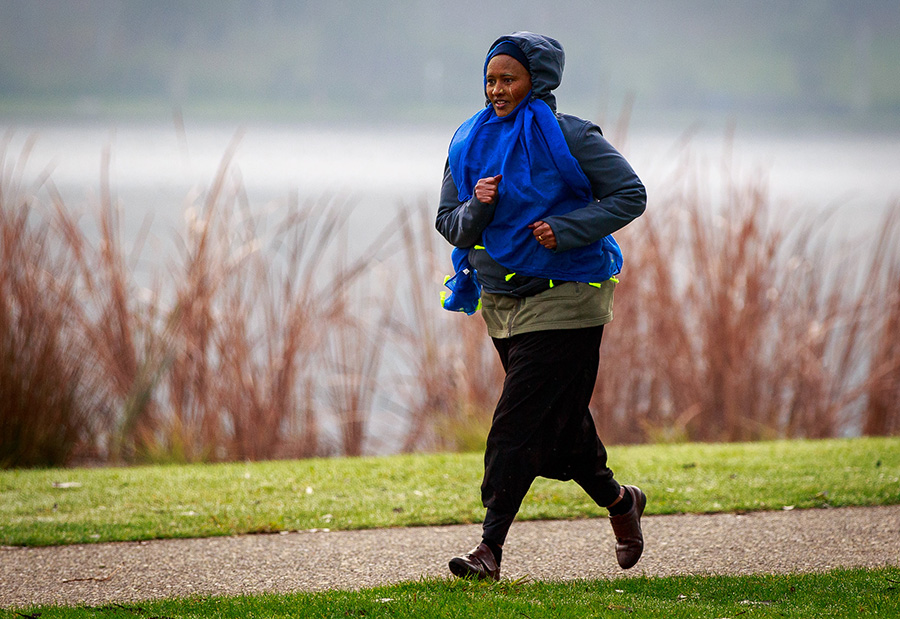 “My wife Fiona and I were talking recently about what we would do if we didn’t have parkrun.” Fiona is relatively new but has embedded herself in the Greytown parkrun community. “It’s great that as a couple, she is as keen as me.” Bruce said. 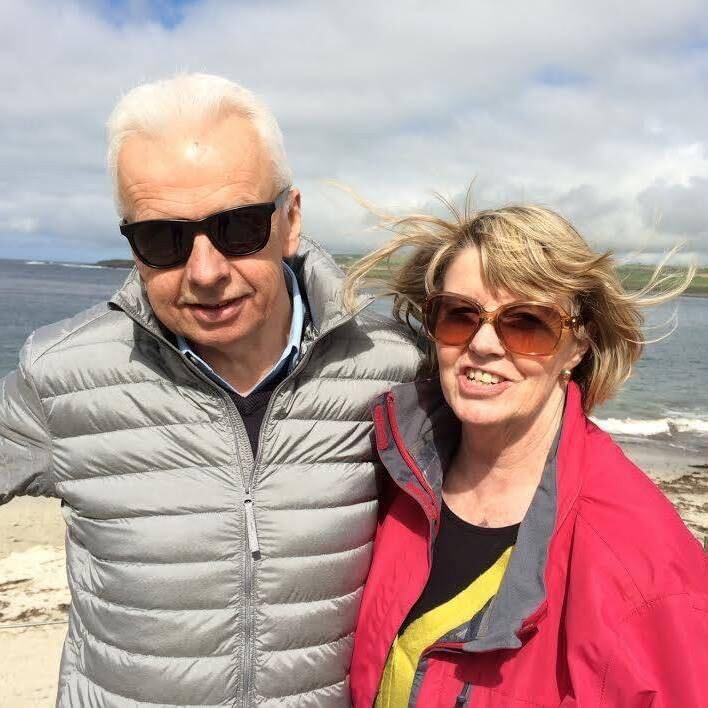 “Recently we visited Blenheim with friends we made through parkrun and we ran the parkrun there together. It was nice to be able to share that experience.”

Bruce has developed friendships through parkrun that wouldn’t have happened if it wasn’t for the shared experience every Saturday morning.

“At Greytown, Fiona was walking with another parkrunner and they got talking about where they each lived. It turns out we were just around the corner from one another. We’re steadfast friends now. I’m sure we wouldn’t have met if not for parkrun.”

Even though he’s now a parkrun enthusiast, Bruce can still remember what it was like turning up to the very first event.

“I was nervous, I didn’t know what it was about, though I was fortunate to know Richard (McChesney, founding Event Director) through my bike shop. I’ve loved the concept from that first event.” 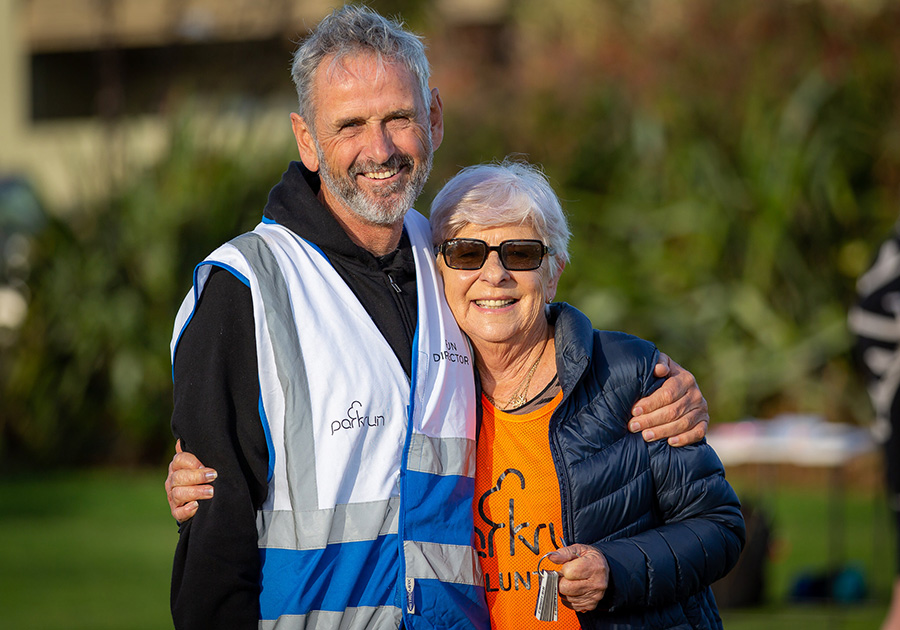 Whether this weekend will be your 10th year parkrunning or your very first time – the experience has stayed the same as the first day in Bushy Park in 2004 and Lower Hutt in 2012. An inclusive community, full of friendships and healthy habits. Why not join us?

Between 1998 to 2001 I ran half marathons, marathons and even the Comrades Marathon. After this, I started to do cycle races, duathlons and adventure racing. My wife and I moved to a new town, started new jobs and a family. Eventually I stopped running altogether in 2003.   I did not do any form…